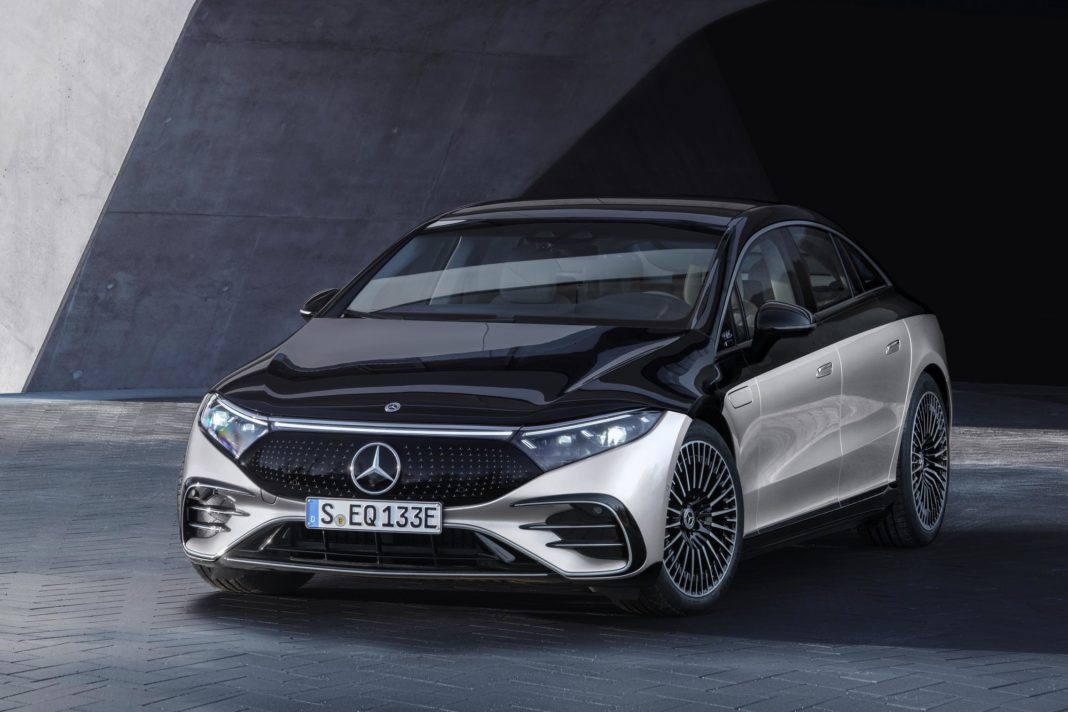 The new Mercedes EQS is the first all electric full luxury saloon from Mercedes-Benz. The first models to be released on the market will be EQS 450+ and EQS 580 4MATIC. The EQS 450+ model has an output of 328hp and 568nm of torque. EQS580 4MATIC generates 385kW, an equivalent of 516hp and a maximum torque of 855nm. Mercedes-EQ has also announced that a more powerful version will join the range in future, with a total output of 750hp. This should be the AMG version.

Mercedes is working on producing carbon-neutral cars within the next 20 years as part of their Ambition 2039. The company expects at least half of the cars they sell to feature electric drive systems including full-electric vehicles and plug-in hybrids by 2030.

The new EQS is the most aerodynamic production car in the world and among the best in terms of quiet running, the vehicle also sets a good value for recuperation whereby it allows deceleration to a standstill without using the brakes. The EQS also features Intelligent energy recovery built with the aid of ECO Assist and functions with a foresight which takes traffic lights, topography among others into account, the driver can set three energy recovery levels via paddle shifters on the steering wheel.

The EQS models features a range of up to 770km on a single charge. The RWD models are fitted with an electric motor at the rear axle whereas the models with 4MATIC have the electric motors on both axles.

The EQS can be charged with a quicker 200kW option at fast charging stations and charging for up to another 300km takes 15 minutes only. The energy from renewable energy sources is fed into the grid for charging current that is sourced via Mercedes Me Charge which can drive to a charging station, open flaps and plug in. Mercedes me charge networks are available in 31 countries with over 500,000 charging points including over 200,000 in Europe.

Mercedes also offers the EQS with four automatic comfort doors on request and the driver can open the rear doors remotely via MBUX.

The EQS features 350 sensors that monitor and record the functions of the car including distance, speed and acceleration, lighting, temperature and precipitation, seats positions, drivers eyes and passengers speech. Driving sounds determine the acceleration pedal position, precipitation or speed. 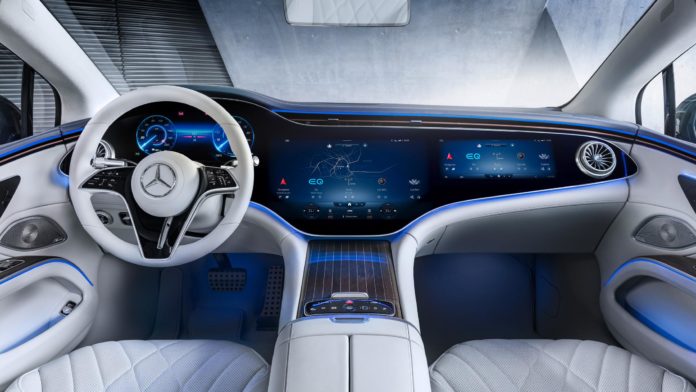 The interior of the vehicle features a 77 inch display screen with high-resolution matrix consisting of 1.3 million individual mirrors. There is a HEPA filter as part of Energizing Air Control that cleans the air inside the car at high filtration level and odours are neutralised using around 600g of activated charcoal. A pre-entry climate control option allows you to clean the air inside before entering the EQS for a drive.

In addition, the Burmester surround system consists of 15 speakers with a maximum output of 710watts. The MBUX hyperscreen on the other hand consists of up to 7 profiles with brightness control. The ‘Hey Mercedes’ voice control supports 27 languages and Drive pilot (optional) allows the car to drive up to 60km\h in conditionally automated mode.