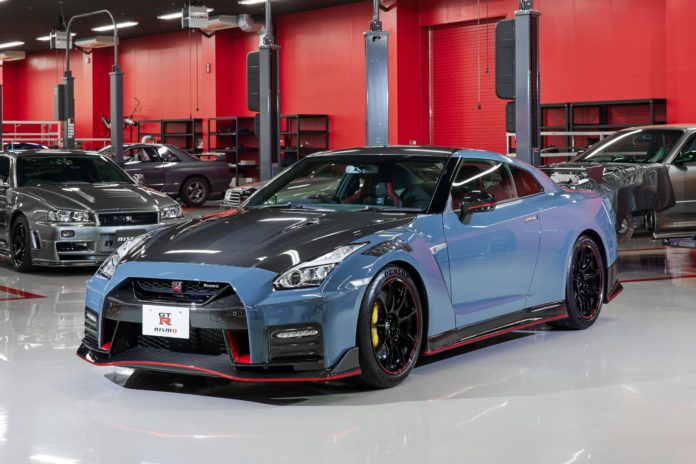 Nissan has unveiled a new facelift for the Nissan GT-R NISMO scheduled to launch in Japan in October together with another Special Edition version. The Nissan GT-R was introduced in 2007 and has the longest production run of any supercar, the first Nismo version was introduced in 2013, followed by another update in 2019 – the 2022 version builds on the success of the previous two models.

Each engine of the Nismo is specially handcrafted by its own Takumi technician, the Takumi certification plate on the engine is also offered in an exclusive color. A miniature Nissan GT-R toy car will be available in the ‘Tomica Happy set’ (a meal set for children) as a result of the collaboration of Nissan and MacDonald in Japan. Nissan and MacDonald held a joint event at Nissan’s HQ in Yokohama to promote the collaboration. Happy set will only be available from April 16th for a limited time.

The exterior of the Nismo features large Brembo calipers and the largest carbon ceramic rotors ever fitted on a Japanese performance car at 410mm in the front and 390mm on the rear. The car remains as Nissan’s ultimate performance car with proven technology and enhanced driving experience.