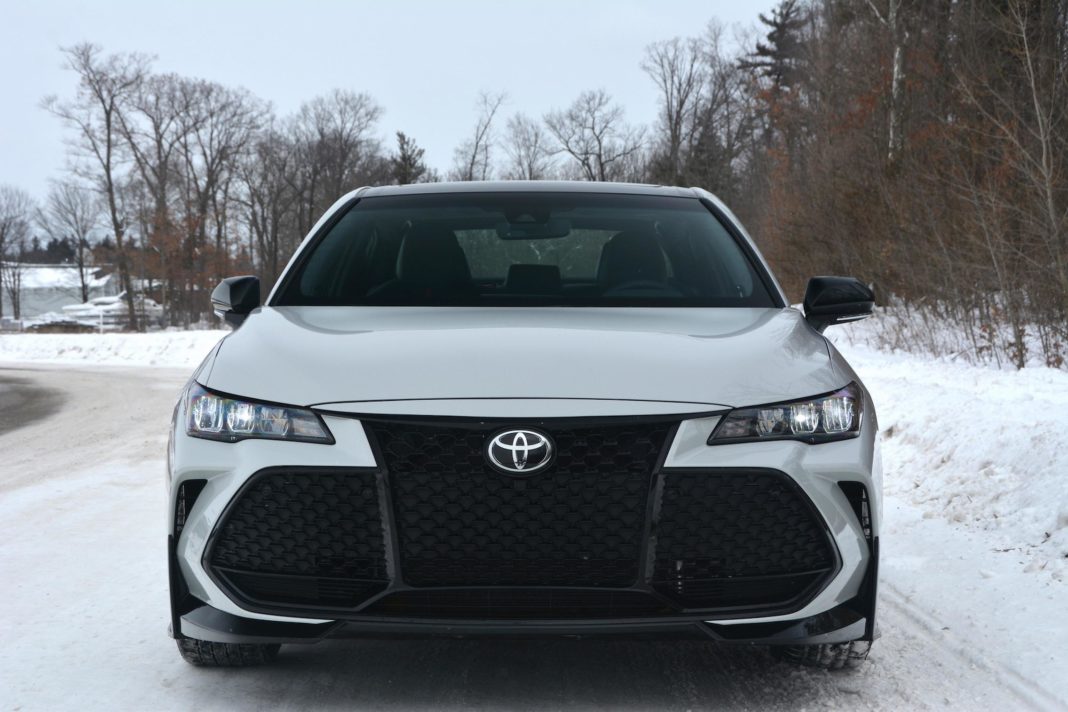 When Toyota offered us some seat time in the 2021 Avalon TRD, we noticed the “TRD” on the name and decided to give it a try. TRD, for those who don’t know, means “Toyota Racing Development.” While the Avalon itself never struck us as a performance car, the TRD hinted that maybe we’d overlooked something. Or maybe that Toyota had a sleeper in the line-up that we needed to try. So we set aside the BMW’s, Audi’s, and Merc’s and decided to see what the TRD was all about.

The Avalon is a typical FWD (or AWD) four-door sedan powered by a 3.5L V6 hooked to an automatic transmission, 8-speed in this case. It’s a step up from a Camry. It’s exactly what you think it is. No surprises. Every salesman or account manager is issued one upon taking the job to visit clients far and wide. That much time on the road requires a decent stereo system, a comfortable ride, cruise control, and great reliability. Maybe a little power to pass other cars with. Cupholders and buttwarmers are necessary, high-g performance equipment is not. You get the picture. 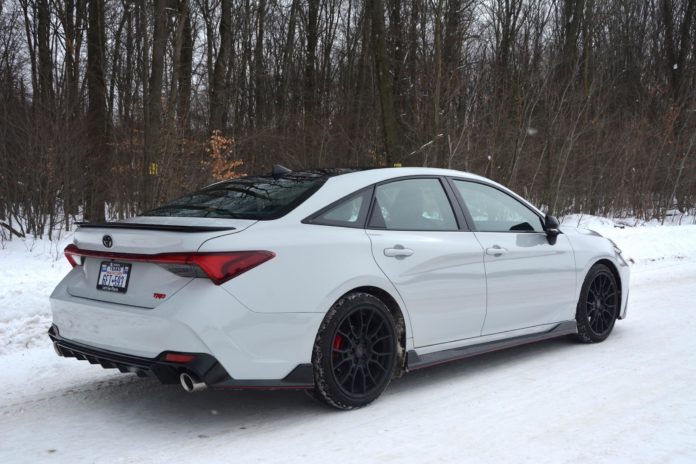 Inside, the lines are more interesting. The flowing lines and quality materials make for a nice driving space. We especially liked how the center console flowed from the backseat up beyond the dash, floating above the floor. Our example was fairly monochromatic with some aluminum bright accents and some red TRD accents. The “TRD” logo was nearly everywhere – the shifter, the headrests, the dash, the floor mats. The seats were comfortable and heated. Everything was within hands reach. The controls and gauges were all clear and intuitive. Everything was simple and that’s good.

The 3.5L V6, which resides in a lot of Toyota and Lexus products, makes 301hp/267 lb-ft torque and provides good thrust. It should have no problem passing most cars.

The TRD tuning is fairly mild. You’re not gonna go toe-to-toe with the Audi S4 next to you at the light. TRD adds a drive mode selector on the center console so you can choose between “Eco”, ‘Normal”, or “Sport.” The “Sport” setting doesn’t add much so we left it in “Normal” most of the time. The suspension tuning makes the ride firmer but it’s not a true performance tuned suspension. That firmness adds a little flatness to the cornering so it feels sportier but you’re not going to lose that Miata in the curves. The brakes are 14.9” discs with bright red two-piston calipers. They do a decent job of stopping the car and work intuitively. Steering feels good.

A TRD cat-back exhaust is fitted. It makes the car a little louder, which feels sportier to some people. The engine sounds good, so it’s a nice addition. And you get a black rear-spoiler and aero kit for your money.

You might laugh at the TRD spec but Toyota knows it’s customers. They’re practical people and when they want something sporty, this is what they’ll buy and they’ll like it. It’s less a true drivers car, and more a car for people who want sportiness without the compromise. Something they can drive to Duluth in for business and not be tired when they get there. The Avalon TRD might be just the thing for them. Not everybody has to have “the best sports sedan out there.” What does that even mean, anyway? Different things to different people and the Avalon TRD has it’s drivers type.

Toyota and the EPA say it’ll get about 30 mpg on the highway and 21 in the city. That’s pretty close to what we saw.

The Avalon TRD comes in at $46,297 with the upgraded stereo system, all-weather package, and light-up door sills.

If you have to spend a lot of time on the road, there are worse cars you could do it in. The Avalon is a good road-tripper and the TRD gives it just a squirt of pizzaz without having to make the driver accept compromises. I think most sales people and account managers would find that ideal. IF, however, you’re looking for something inspiring to drive, this is not your car.