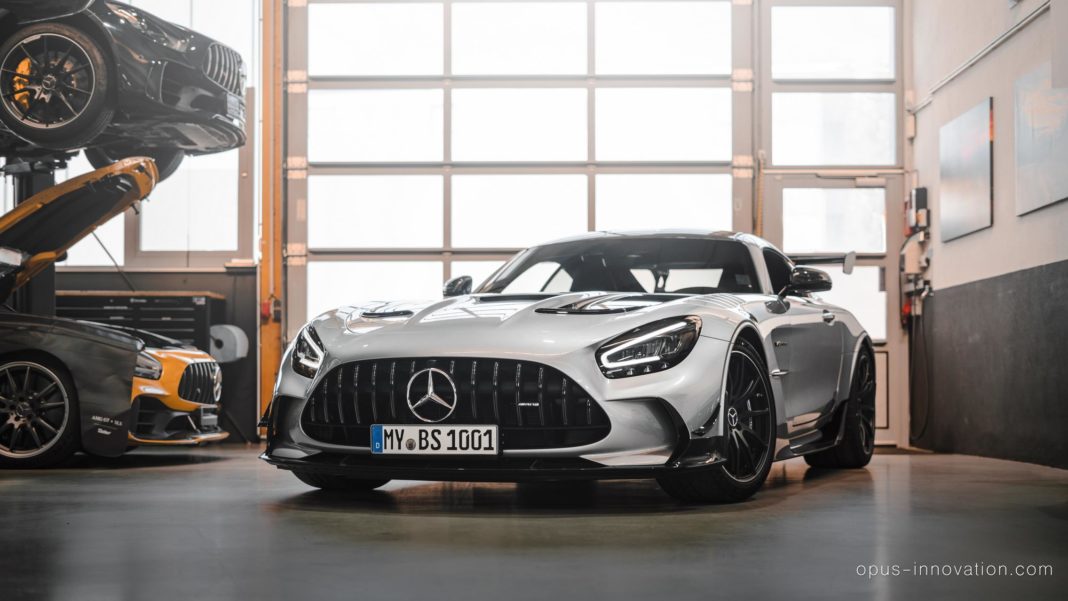 Opus Automotive received their Mercedes-AMG GT Black Series for just a week ago and has already managed to improve the power levels upto 1,111hp.

The lap times of the AMG GT Black Series modified by Opus has not been confirmed yet but they expect it to be the fastest car in the standard and street legal category. Opus Binary editions will feature 1,111hp and 1001 hp and will be available for sale from June 2021 after intensive testing on the dynamometer and several racetracks.

This AMG GT Black Series features an additional 57hp compared to the upcoming AMG One hypercar which has an output of 1054hp. Due to high power and the fact that it remains RWD, Opus has limited the torque to bare minimum at all power levels to improve the drive and traction. The company also guarantees suction-like characteristics like increasing performance parallel to all speed with straightforward performance for all levels. ‘Subtle’ performance levels with 825hp and 920hp will be available from mid-April. 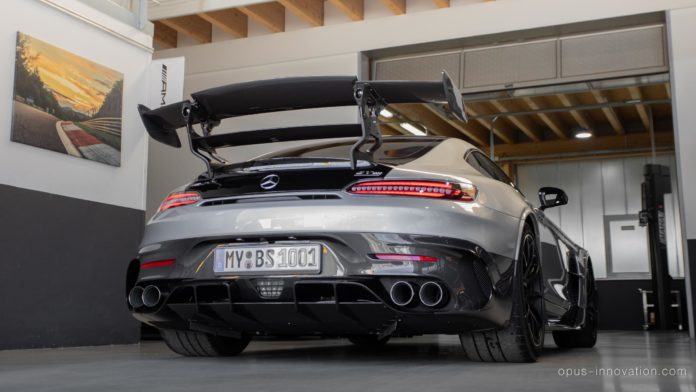 The 825hp expansion stage will take place in the engine and transmission control unit via a software intervention. All the performance kits will contain extensive changes to the hardware including modified turbochargers and transmission reinforcements to alter the engine. The kit will consist of special forged pistons, reinforced connecting rods, modified fuel systems and machined cylinder heads.

The performance packages will also be available with super-light wheels and aerodynamics add-ons. In standard form the AMG GT Black Series is powered by an all new 4.0L flat-plane crankshaft V8 Biturbo producing 720hp and 800nm of torque.

Newly developed downpipes with sport carts which will eliminate the need for standard particle filters will be available for use on racetracks or non-European countries from April 2021. An Electronic Flap Control system called EFC that allows the standard exhaust to be controlled via remote control is readily available.