Home Breaking News Mercedes-Benz: Why we Chose a 4-Cylinder for the Next C63 AMG 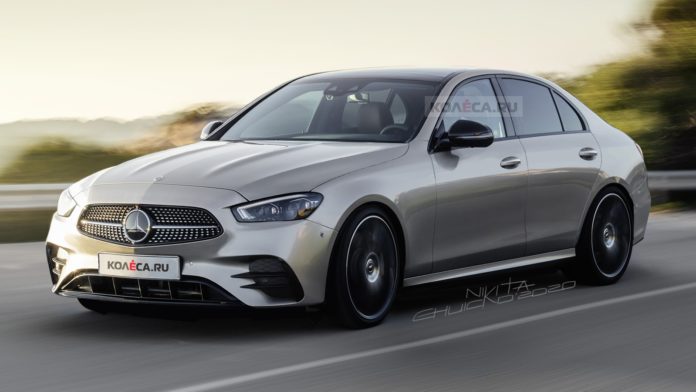 Rumors started circulating last year that the next C63 AMG will no longer feature the beloved V8 that has powered AMG cars for years. It was even reported that the then CEO Tobias Moers stormed out of the the very meeting that sealed the C63’s fate. A few weeks later Moers stepped down as CEO of AMG before moving to Aston Martin, again as CEO. Here, he gets to work with his former love child, the 4.0L AMG V8 Biturbo that powers the current lineup of Aston Martin V8 cars including the new DBX SUV.

Speaking to Automotive News Europe, W206 chief engineer Mr. Christian Früh was quoted saying: “With the 3.0L (straight-six M256) engine, the front end would have grown by 2 inches in length, not to mention the higher axle load and its impact on driving dynamics.” While he never mentioned the AMG variants specifically, one can easily join the dots and realize that the entire W206 Class lineup will not have an engine exceeding 4 cylinders.

The key reason seems to be weight and dimensions, which was quite expected. A C63 AMG powered by a straight six hybrid would result to a heavier car than the successor. Additionally, they plan to have AWD in the next C63.

they probably didn’t want a I6 turbo + hybrid as it would have been too heavy…so a smaller 4 cylinder + hybrid = 550hp+. Personally at this stage i would rather get a Model 3 Performance and call it a day😅

BMW has used straight 6 engines in the rival M3/M4, and most recently adopted AWD for the first time. A genius system that was first used in the F90 M5, it behaves like a 4×4 with a transfer case thus allowing the driver to switch from RWD to AWD and vice versa. Unlike Mercedes, the Bavarian brand has no problem with weight, largely because they have mastered it over the years with only one switch to a V8 during the E90-93 M3 era.

Mercedes on the other hand ditched the M276 V6 that was formerly used on mid tier performance cars like the E43/450 AMG and the C43/450 AMG. A new M256 straight 6 has been in production since 2017, and is now used on 53 AMG models and on cars that previously had the V6. Popular cars like the S500 were known for a V8, but now feature a straight 6 with a V8 only available from the S580. While this engine is efficient and potent enough, it doesn’t seem very compact especially on smaller models like the C-Class, as Christian Früh explained.

Writing on the Wall

The rumors did not come as a surprise however, industry trends had already put petroheads on notice for the longest time as downsizing of engines became prevalent in the 2010s. Tight emission rules culminating to the diesel gate event further accelerated the hybridization of engines and most importantly the quick roll out of EVs from almost every car manufacturer.

Mercedes has already launched an EV variant of the popular GLC suv (EQC) and most recently the EQA which represents the EV variant of the GLA suv. In addition, their lineup now features a mild hybrid 48V setup found on several models such as E53 AMG, CLS 53 AMG just to name a few.

We put you on the Map

See, even a switch to a straight six would not have gone down well with the enthusiasts. AMGs are not known for sprinting down the drag strip quicker than a GT-R, or putting down quicker lap times faster than a 911, no. AMGs have always been known for their bold character, the ability to cause a stir even by pulling next to a Ferrari thanks to it’s unique sound. Anybody can make a V8, Americans make the most popular V8s in the world, but AMG goes above that by making the best cars with a V8. The Best or Nothing as they say.

However, the AMG cult did not just grow out of thin air. Over the years enthusiasts have helped build the brand from a small town German tuner to a global mammoth. Before social media could spell the term “woke” or learn how to write “climate” without missing the “ate” through typos – forums were brimming with this newly found joy of big V12s and V8s in the 90s. The original love for AMG by the people came from V8s, whether it was a big 6 liter SL60 AMG or an E55 AMG – there was always more room for a V8. There was no replacement for displacement, the menu came with two items only, a V8 or a V12.

And even when times started catching up with big engines, downsizing was still done in an acceptable fashion. They ditched the lovely 6.2L V8 that was featured in models such as the W204 C63, SLS AMG, S63 and so on. The 6.2L era took the Black Series badge to the moon, a badge that is now used on $400,000+ models like the new AMG GT Black Series. It was followed by the 5.5L Biturbo era, loved and adored across the world before the 4.0L era kicked in. The same enthusiasts made sure that these transitions were well accepted within the community.

And before you knew it, your favorite 2-car garage had an AMG and something else, a Ferrari maybe.

Recent times have seen car makers make bold decisions, and some have not been received very kindly. BMW’s move to big grilles was seen as an abomination by many owners, but BMW stood by their decision insisting this is the way to their future image.

Now, this seems like nothing compared to the cylinder castration about to go down at AMG. The C63 losing 4 whole cylinders is a huge disappointment. But it is expected, many will follow this route as the scare towards a full EV industry continues to roam around us like a hungry pack of wolves.

The M3/M4 vs C63 rivalry will still go on regardless, and there will be compromises to be made by the buyers. You will have to choose a massive grille or a castrated AMG.

The Reality: Why Mercedes is Not Worried One Bit

The 4 pot used in the A45 AMG is currently the most powerful 4 cylinder engine in production with a max output of 421hp and 500nm torque. Mated to an electric motor this could very well produce 550-600hp and 700-800nm of torque.

New age buyers mainly care about numbers and performance, the marketing team at Mercedes will not lack a dot of sleep over who is mad about their cylinder castration. The reality is only a few people will get triggered by this move. The car industry has changed a lot, the good cars are only getting more expensive, the oldies (even those from the 90s and 2000s) are also appreciating very quick. R34 GT-Rs going for $300k is absurd, but also a true reflection of how the industry is changing.

It’s Not Done until It’s Done

My faith in AMG still stands as much as the rumors and pointers all show a common direction. I want to believe that a V8 C63 still has one more life run, and that the future is not yet here until research proves hydrogen (or something else) is a viable fuel option for the ICE. Denial is better than giving up.