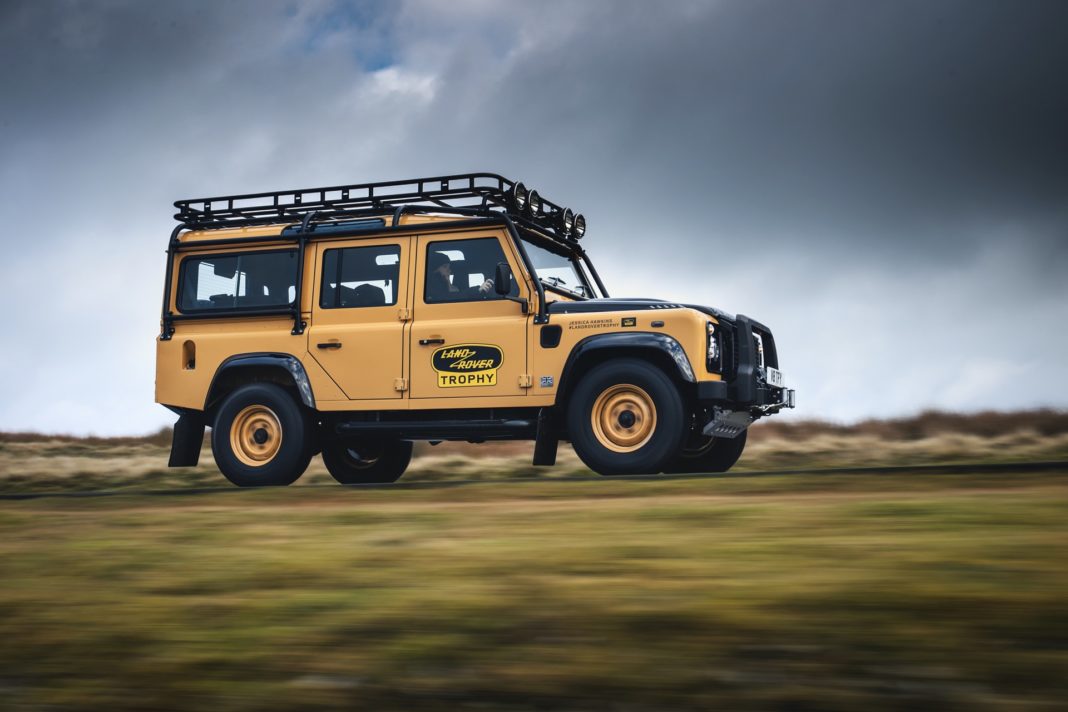 Of course, wearing Eastnor Yellow paintwork, it isn’t difficult to see where Land Rover drew its inspiration. The Camel Trophy.

The Camel Trophy was one of the toughest off-road competitions. Between 1980 and 2000, Land Rover became synonymous with the Camel Trophy. The Defender saw service in destinations such as Sulawesi, Borneo and Brazil. Proving its utilitarian values to the extreme.

Under the bonnet sits a thoroughly modern 5.0 litre V8 producing 405 hp through an eight-speed ZF transmission. Land Rover Classic has effectively produced a resto-mod, using a set of uprated brakes and improvements to its handling to improve upon the discontinued SUV. 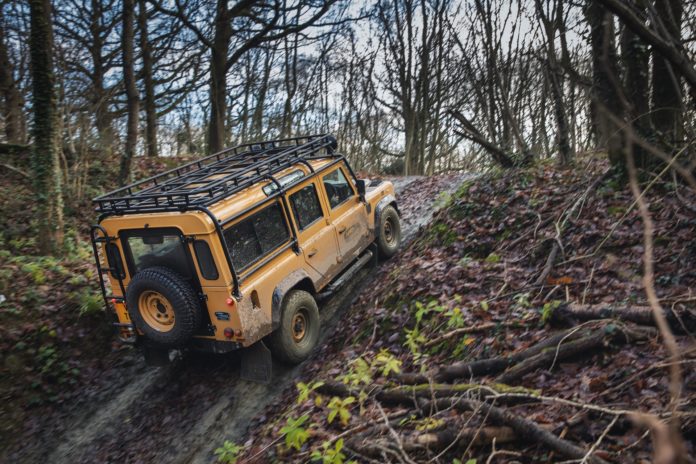 Each customer will get an entry to an exclusive Land Rover Trophy adventure competition at Eastnor Castle, the home of Land Rover testing and development.