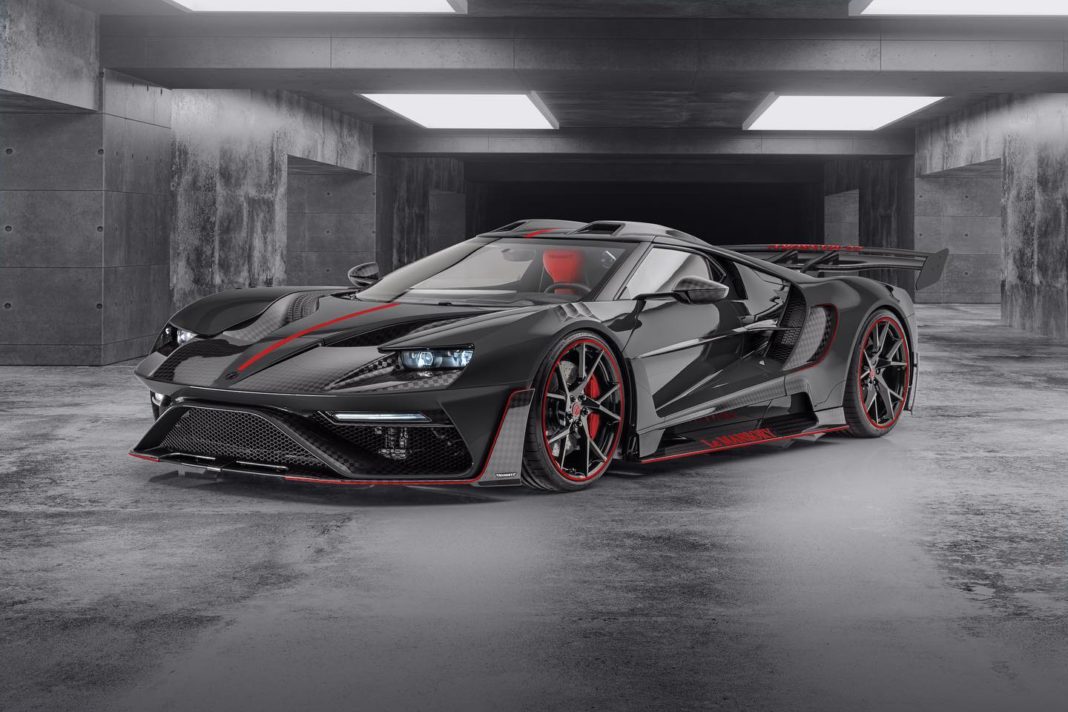 Mansory has shown yet another iteration of “Le Mansory” that is based on the Ford GT. The Le Mansory is limited to 3 units worldwide, one was released last year and is now listed for sale at €1.8 million.

The Ford GT “Le Mansory” is powered by the same V6 twin turbo engine from the factory, albeit output has been increased from 656hp to 710hp and 840nm of torque. The top speed is now 354km/h after extensive engine and aerodynamic modification.

The first car was painted in an exclusive blue color (Bleurion Race) and visible carbon fiber in dark grey. The interior included sport seats and dashboard both lined in white-blue Alcantara and numerous carbon parts on the passenger cell. For the second car, they went for a black exterior with red accents and naked carbon elements. 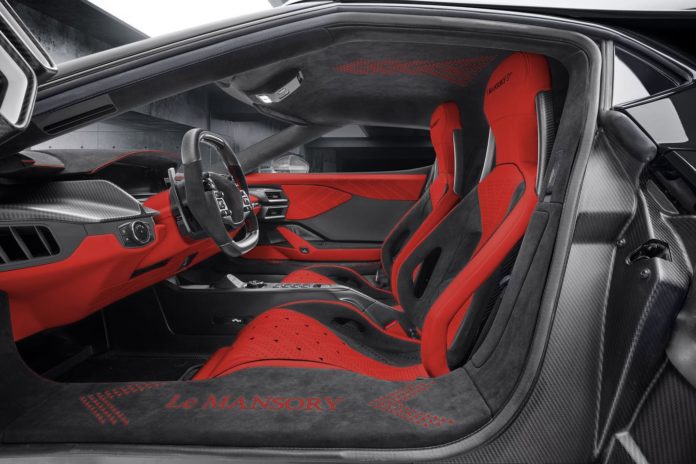 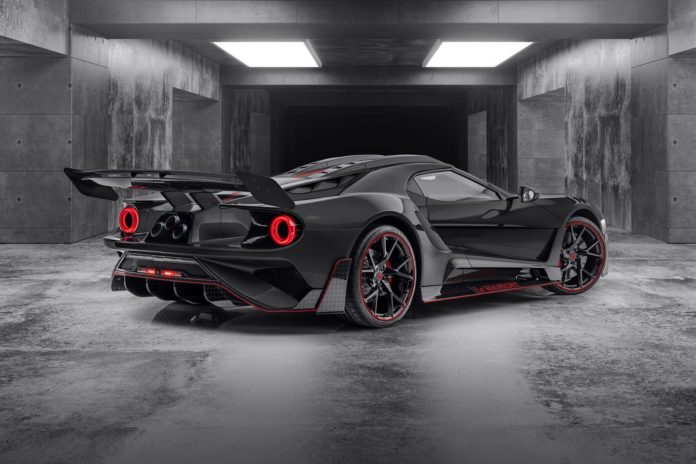