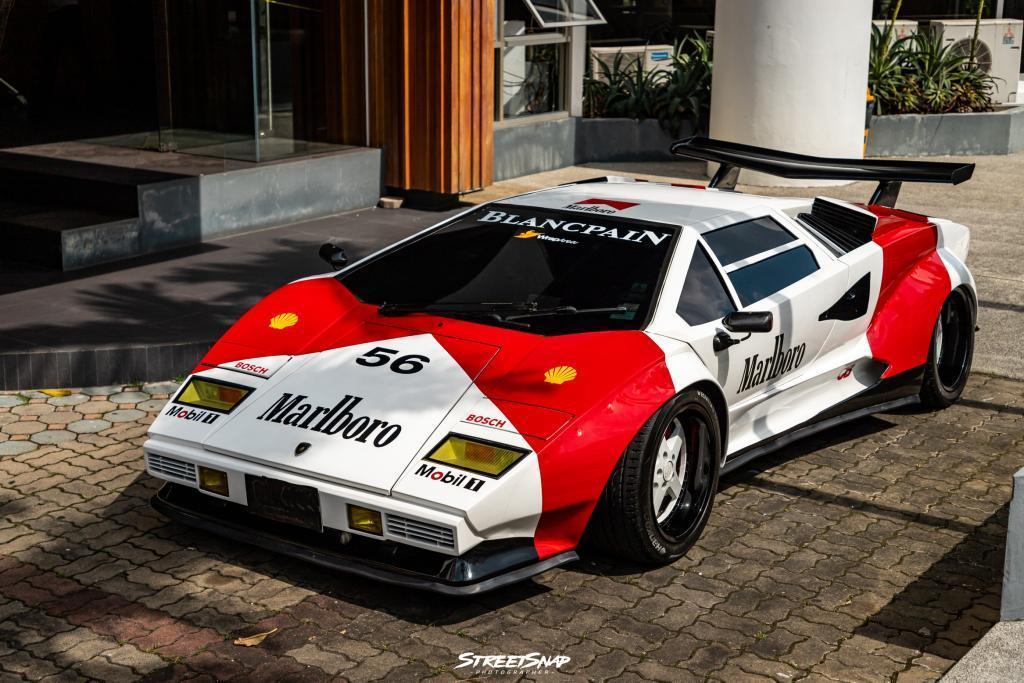 In this feature of Project Exposure, a builder from Thailand caught our attention after a recent project of his surfaced on the internet. Beam Saranyoo is an actor and racing driver based in Bangkok, Thailand. When not on the track, he is busy working on one of his many car projects under his working motto: “Built from Passion, Nothing is Impossible”.

We were particularly interested in a Lamborghini Countach replica that he had just completed fabricating. While replicas are a common thing among body shops around the world, most will tend to focus on accuracy by getting as close as possible to the original inspiration. For Saranyoo, his goal was to build a Countach replica that would fit right within the boundaries of a SEMA show car.

Parts were borrowed from every possible corner, leaving the mind to work out the hardest part of making them all work in harmony. The chassis was borrowed from a Hyundai Tiburon, a popular coupe from the 90s and early 2000s that was later replaced by the Veloster. The engine is a modified 1UZ-FE V8 from the Lexus SC 400 and Toyota Soarer. In this application, two Garrett M twin-turbos have been added for extra power.

The gearbox was taken from a Subaru STI version 6, the popular 5 speed manual which sends all the power to the rear wheels. He further modified the suspension setup from a Nissan Skyline, while also incorporating air bags. In addition, a mid-engine layout was favored for the project.

To complete his work, he adorned the car with Marlboro racing livery and Blancpain stickers. You can view more of Saranyoo’s projects on his instagram here. Additional Photos by @street_sapn