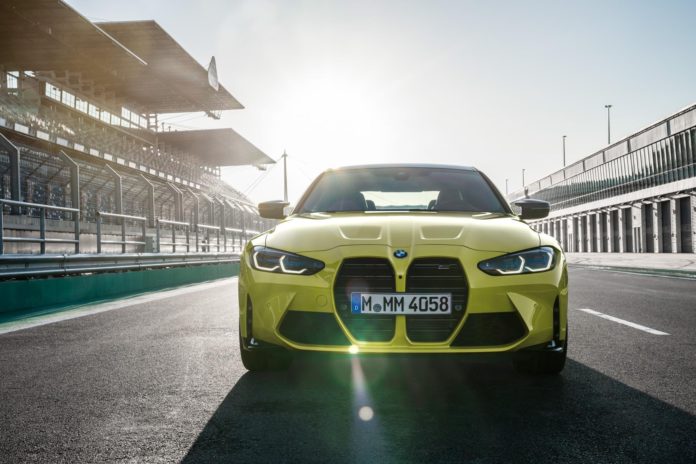 Photos for the controversial BMW M3 and BMW M4 have leaked ahead of their official debut. Both cars are due to launch tomorrow.

Much of the design was already known from earlier leaks. Both cars have typical wide arches and fender vents, quad exhausts at the rear and a small boot lid spoiler.

The launch colour for the BMW M3 is Isle of Man Green, with the BMW M4 wearing Sao Paulo Yellow.

As expected, both cars feature the 4-Series grille which has divided opinion. On both cars, the hood line gets two front bumps to accommodate the design.

A single interior photo appears to show the BMW M4. BMW have opted for a similarly controversial colour scheme with blue and yellow Alcantara.