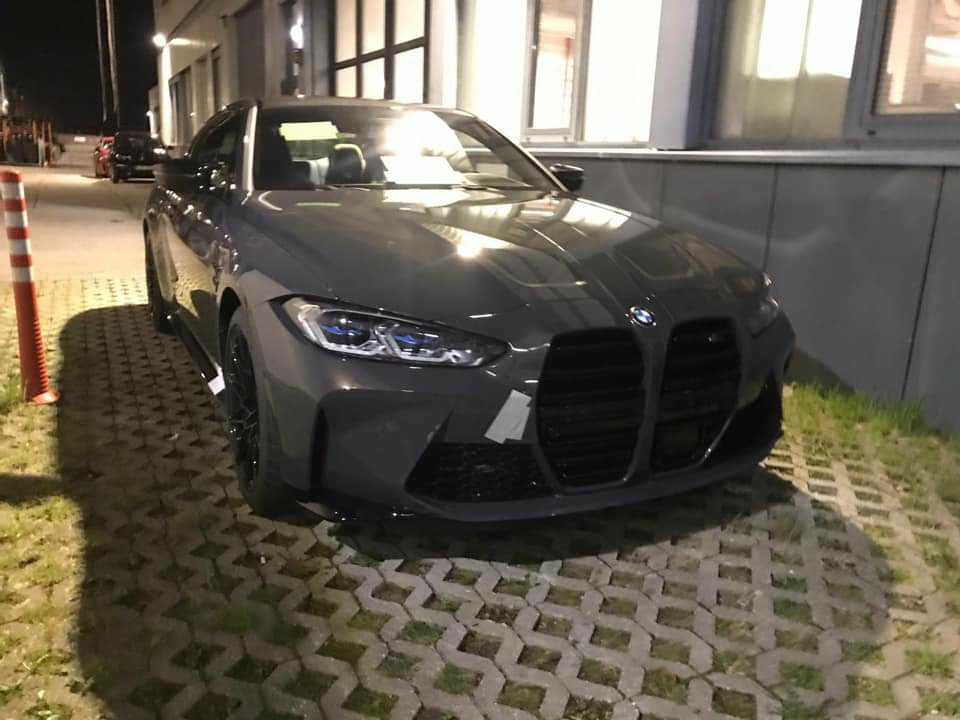 The release of the upcoming BMW M4 is sure to be a talking point, if this week is anything to go by at least. On Tuesday, BMW finally released images for the new 4 Series. It departs from the front-end styling of the 3 Series with BMW debuting a new kidney grille.

Less than a day after the release of the new 4 Series, the BMW M4 started to show up online. Photos were posted on reddit which show the front end of the M4, complete with a signature M performance front facial, straddling that controversial front grille.

The photos confirm the look of the M4, which had already leaked months earlier with a candid photo of a small portion of the front grille in a workshop. The photos confirm that the M4 will share the new kidney grille while retaining the sculptured air intakes from previous generations.

Rumours in recent weeks have suggested that the M4 and M3 will be rear-wheel-drive only when it officially launches, however, this will change with an xDrive offering to arrive soon after. This will be the first time that BMW has offered either model with an All Wheel Drive drivetrain.

Power is expected to arrive through a twin-turbo, 3.0-liter inline-six engine. The S58 debuted in the X3M and X4M last year. As with the SUV’s BMW will likely offer a standard and Competition model, rated at 480 hp and 510 hp respectively.