This week, McLaren announced a limited production run of 5 McLaren Senna GTR LM. The LM models are designed to replicate each of the 5 F1 GTR’s that crossed the finish line at the 1995 24 Hours of Le Mans.

5 McLaren F1 GTRs finished the 1995 24 Hours of Le Mans, achieving 1st, 2nd, 4th, 5th and 13th. The Senna GTR LM replicates the liveries of each car, with the design taking more than 800 hours to complete by McLaren Special Operations (MSO).

In order to replicate the liveries, McLaren required permissions from brand owners such as Gulf and Harrods and by Le Mans organiser the Automobile Club de l’Ouest (ACO). 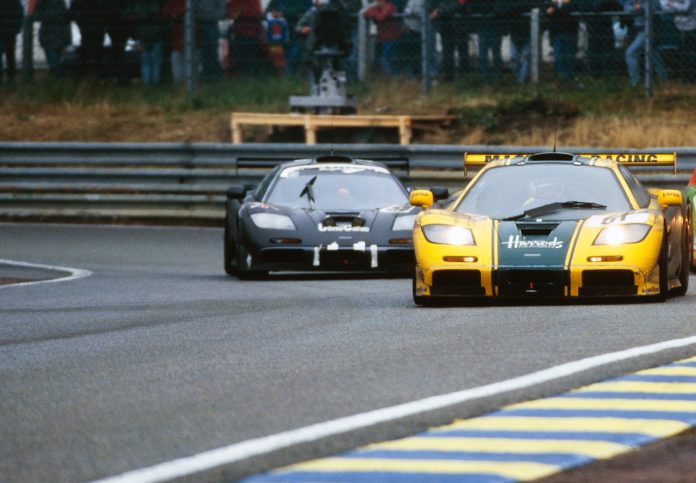 Each car will receive a performance boost. The 4.0 litre twin-turbocharged V8 gets a 20 hp increase over the standard Senna GTR with a power rating of 845 hp and 800 Nm of torque.

Elsewhere, the McLaren Senna GTR LM benefits from a bespoke LM steering wheel with anodised gold gear shift paddles and control buttons. The foot pedals are made from titanium nitride. The exhaust system is specially designed for the LM with twin-exit pipes. 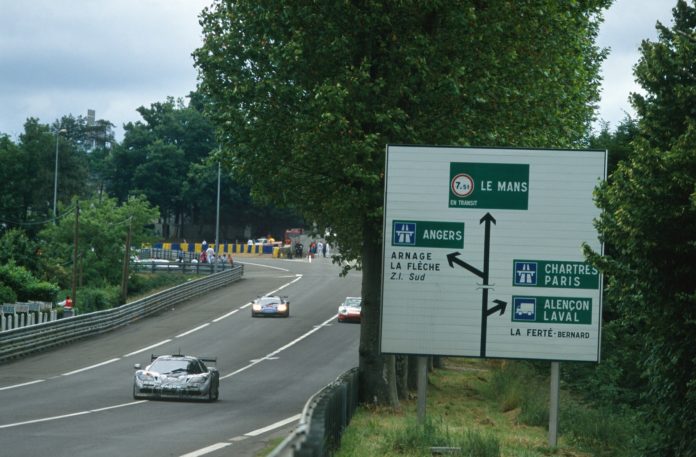 The six-point racing harnesses get a GTR LM logo embroidered onto the harness pads and onto the headrests. Five-spoke OZ Racing wheels, gold-coloured brake calipers and suspension wishbones are reminiscent of the original F1 GTR.

Each car gets a ‘1 of 1’ dedication plaque featuring the VIN number and the provenance details of its namesake 1995 Le Mans F1 GTR. McLaren has also arranged a Le Mans circuit driving experience for the lucky owners, to take place during the 24 Hours of Le Mans race weekend in 2021.

The winner of the 1995 24 Hours of Le Mans. It wore race number 59 and was driven by two-time Le Mans winner Yannick Dalmas, Japanese veteran Masanori Sekiya and former Formula One driver, JJ Lehto.

The original F1 GTR had a charcoal grey livery, branded with the name of Japanese sponsor Ueno Clinic. For the McLaren Senna GTR LM, McLaren created a new colour, Ueno Grey. Otherwise, the design is faithful, even down to the unique driving lamps.

The Harrods Car achieved 3rd place, wearing number 51. It was driven by an all-British line up of Andy Wallace, Derek Bell and Justin Bell but suffered a transmission glitch two hours from the flag.

The design bore the name of the iconic London department store, Harrods. The GTR LM gets an MSO paint colour called Solar Yellow with Heritage Green stripes and matching green pinstripe and green detailing for the front aero diffuser.

The Gulf Car was next on the grid. Wearing number 24, it is the most iconic of liveries. The F1 GTR was driven by Brazilian Maurizio Sandro Sala, joined Brits Mark Blundell and Ray Bellm. It eventually finished in fourth place, 291 laps later.

Finished in MSO’s Gulf 95 Blue, it gets a ‘Gulf 95 Orange’ pinstripe which traces the rear diffuser and the rear wing’s endplates. The OZ Racing wheels are finished in equally vivid orange, while the lower sills and roof stripe are painted in Gulf 95 Silver.

The Jacadi Car wore number 50. It was run by French-based customer team Giroix Racing with two French drivers – Fabien Giroix and Olivier Grouillard – joined Swiss driver Jean-Denis Deletraz. It finished in fifth place, a lap down on the Gulf car.

The Jacadi Car is finished in royal blue livery with a patriotic French-theme. The colour is called Le Mans Blue it is complemented by a blue metallic called ‘Polaris’, and offset by authentic Elf logos from the company which sponsored the 1995 race car.

The final car is the most complicated of all. It originally wore the number 42 and finished in 13th position during the race. It was run by French team Société BBA, with an all-French driver line-up of Jean-Luc Maury-Laribiere, Marc Sourd and Hervé Poulin.

The Cesar Car was was designed by renowned artist Cesar Baldaccini. Poulin’s collection of racing trophies became the inspiration for Cesar’s work on the McLaren. The Cesar Car is a modern reinterpretation of the livery it took several thousand hours of work.