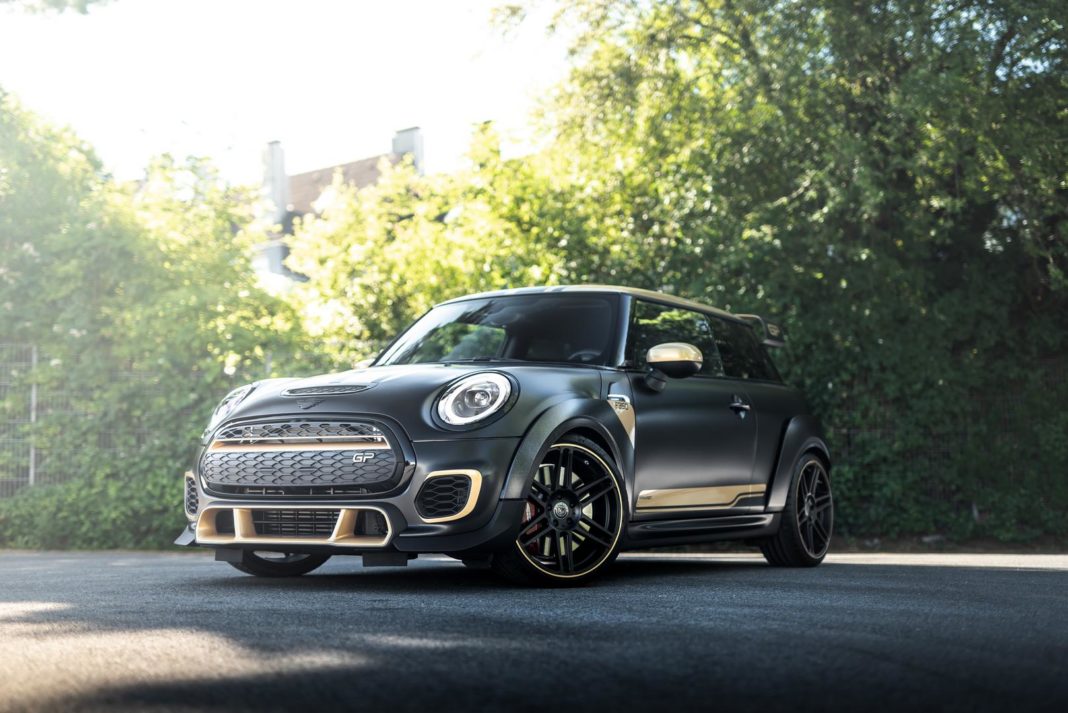 Quick off the mark, Manhart and Beek Auto Racing has unveiled the first tuning take on the brand new Mini GP3.

The Mini John Cooper Works GP was only recently revealed. It was first revealed at the Los Angeles Motor Show in November last year and deliveries began a few months ago while Europe was locked down.

The 2.0 litre 4-cylinder power unit benefits from an ECU remap, a new intercooler from Airtec and a replacement pipe for the gasoline particulate filter with a Manhart cat-back exhaust system

Changes have also been made to the way that the GP3 looks. The build uses a full black matt wrap with gold accents typical of the German tuning firm. 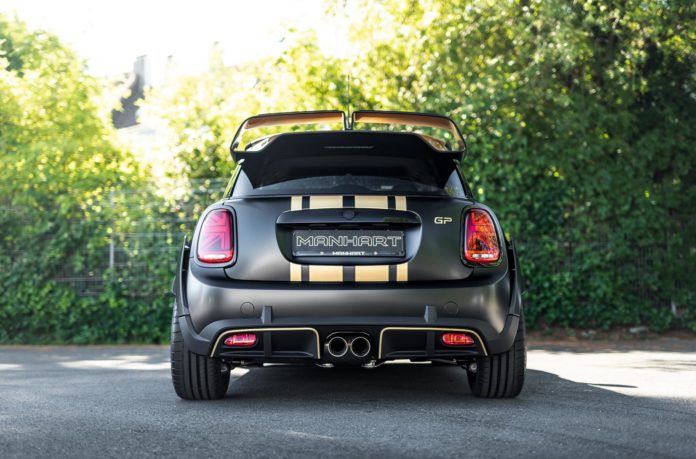 Other additions in the pipeline include power increases through the addition of a carbon intake, as well as downpipes and different exhaust system setups.