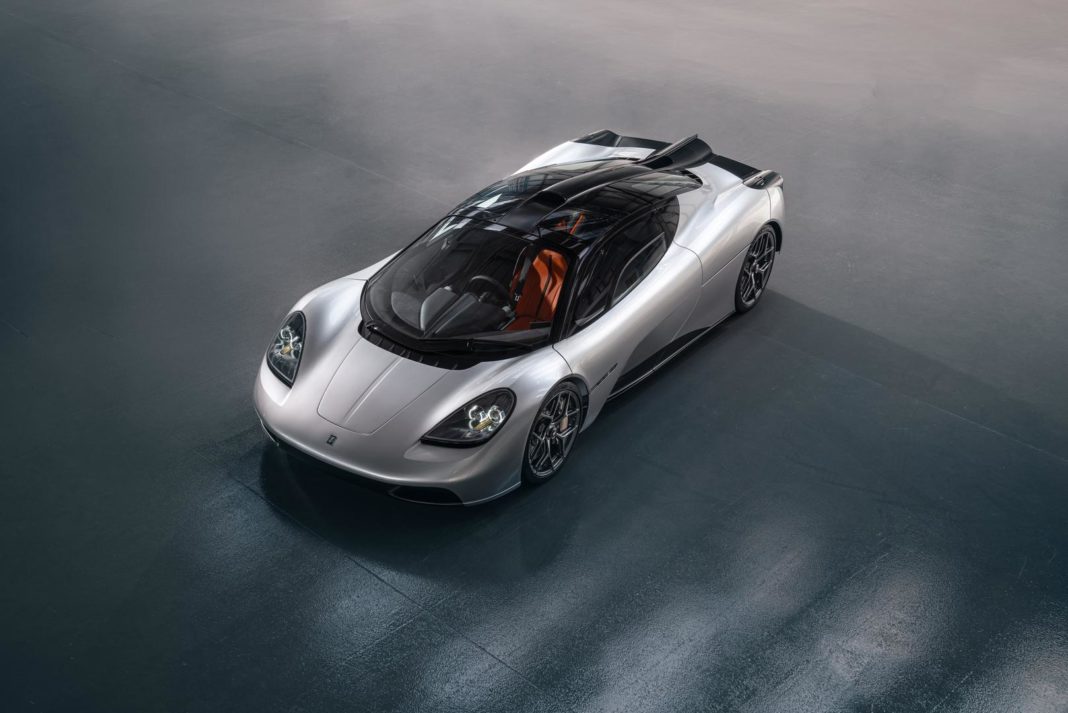 The Gordon Murray T.50 supercar has been officially revealed. With a central seating position, manual transmission and a euphoric V12, the ex-McLaren engineer returns to his tried and tested formula.

Of course, Gordon Murray is best known for his work on the McLaren F1 and on the cult-classic Light Car Company ‘Rocket’. The T.50 uses lessons learned from both projects, packaged into something entirely new.

We have already learnt quite a lot about the 3.9 litre V12 engine unit. Today we learn that it weighs just 986 kg!

Today’s global premiere allows us to reveal the T.50’s full spec list. Unlike the F1, Gordon Murray is not chasing top speed or power records.

That low kerb weight of 986 kg’s makes it the lightest supercar of the modern era. By way of reference, the McLaren Speedtail weighs a hefty 1,430 kg. Dry, the Gordon Murray T.50 weighs 957 kg.

The chassis is a high-grade carbon tub monocoque with carbon fibre body panels. The combination weighs less than 150 kg.

Driving home the analogue feel, ESP and traction control programs can be entirely disabled in the Gordon Murray T.50. 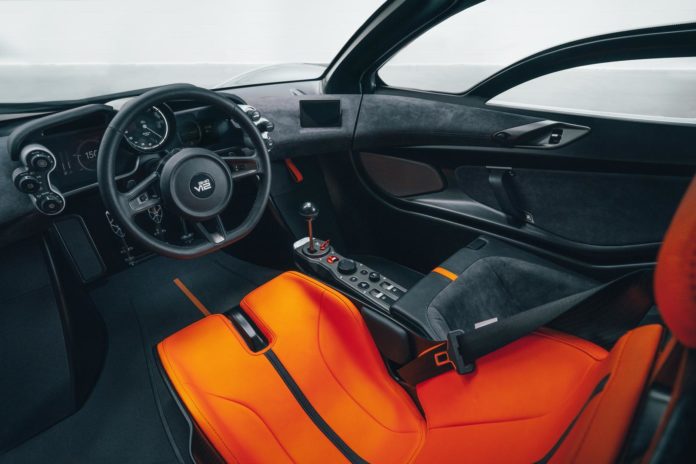 The 400 mm rear-mounted ground-effect fan is a big part of the aerodynamic program. Depending on the mode, it helps increase downforce by 50%, reduce drag by 12.5%, add 50 hp in power and cut braking distance by 10 metres from 150 mph. It is assisted by two dynamic rear spoilers.

The design clearly echoes that of the McLaren F1. It gets a similar shape to its front end and a near-identical window design. It even uses a set of dihedral doors.

Murray’s purist design approach takes centre-stage externally. There are no unsightly flaps, vents or wings. Everything has a purpose on the Gordon Murray T.50.

Inside there is enough space for three passengers with luggage too.

Of course, the unique selling point is the central driving position. Something McLaren sought to revive with the new Speedtail. The driver sits surrounded with aerospace-grade controls. 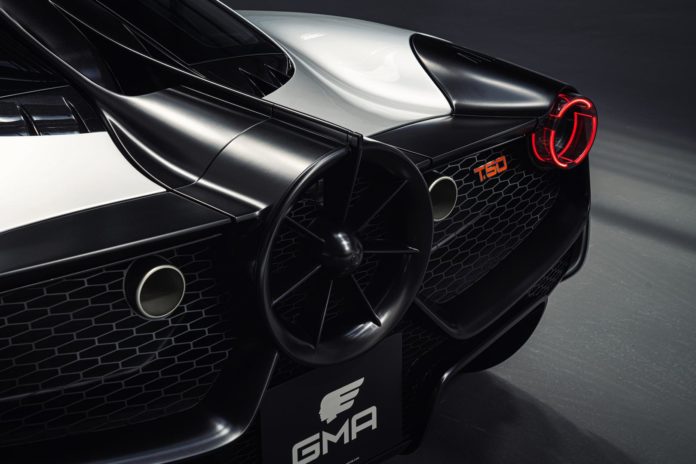 The transmission is provided by Xtrac. The manual box is H-pattern with six speeds, five close ratios and a sixth for cruising.

Just 100 copies of the Gordon Murray T.50 will be produced at a cost of £2.36 million pre-tax. Customers will be fitted for a seat, steering wheel and pedals – the supercar tailoring experience!

Customers will begin to get their cars in January 2022, constructed at a Gordon Murray Automotive facility in the UK.