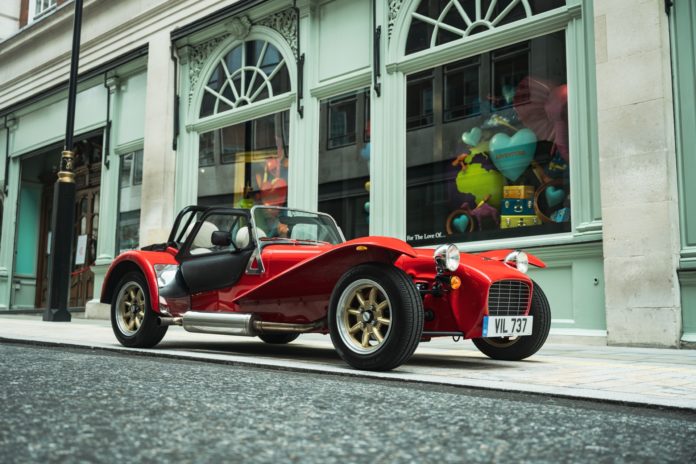 When Alpine released the A110, the critics struggled to contain their adoration for the little French sports cars. They pined on about how it was so simple, light and different from the alternatives on the market. Recently, I spent some time in an even skinnier sport car – the Caterham Super Seven 1600.

This is not the first time I’ve driven a Caterham, I was thrown in at the deepest of deep ends last year when I was tossed the keys to one of the most violent and fastest accelerating cars on the planet, the 620R. Having somewhat broken me with its savage sequential gearbox and eye watering speed, I moved down the ladder to a 310R with a traditional 5 speed that was the closest thing to a road legal go kart I have ever experienced.

This time the power is being diluted once more with the Super Seven 1600 which is a very different proposition to the 310 and 620R models with a gorgeous wooden steering wheel, leather interior and just 135bhp. It looks like something Stuart Little would drive with its little gold wheels and cartoonish flared front fenders. It immediately looks more retro, road focused and comfort oriented than the rest of the Caterham model range.

Out on the road my visually generated impressions were confirmed. The touch points feel homely, almost like furniture, the steering wheel wouldn’t look out of place on a mantle piece in a quaint cottage and the chrome ball used to shift gears is a far cry from the intimidating black lever I had to slam home in the 620R. 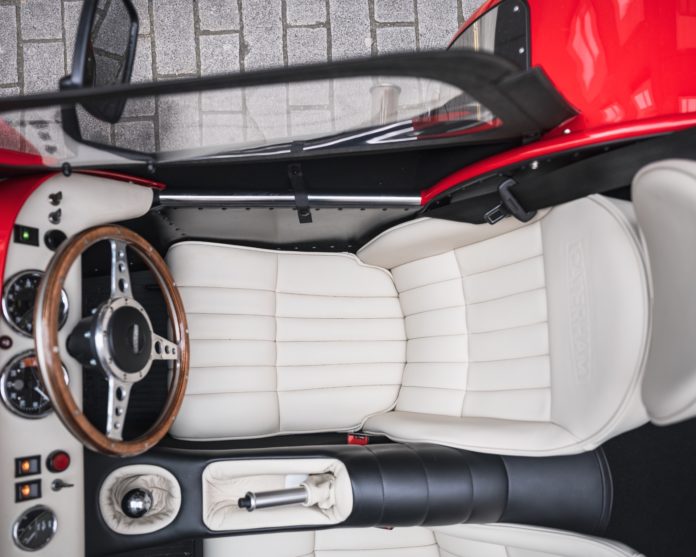 The stats covey a leisurely feel too: there’s only 135bhp on tap, the max speed is a modest 196km/h (122mph) and there’s a 1.6-litre Ford Sigma engine up front. But this is a Caterham meaning the stats are irrelevant in reality as the entire package weighs in at a cute 540 kilograms. 250bhp per tonne means the 1600 will sprint to 97km/h (60mph) in just 5 seconds. It’s when you reach into the upper echelons of the rev range that things start to really come together.

The twin 40s throttle bodies and air filters, which punch their way through the body work, make this a special car. The engine relishes revs, and treat you to a symphony of induction and exhaust parp like no other. It rasps away into a loud and addictive crescendo. The redline is at 7k and you will stay flat until you reach it, the sound builds builds in volume and depth, you engage the clutch and pull for another gear to do it all over again. The beauty of the modest power figures is that you’re grinning from ear-to-ear with the wind in your hair feeling like you’re doing well over the speed limit, but in reality you are travelling at half the speed you feel you’re bumbling along at. Huge power figures are impressive to imagine but in reality are unusable.

This is genuinely useable power, the accompanying sense of fun and joy are off the charts. Find a twisty country road and you’ll be having the time of your driving life. In a car with more than 400bhp you’ll be paying roulette with your driving license before you’re half way through third gear. The lightness means everything feels more alive. Yes, it does not feel as planted as other Caterhams with a touch more suppleness to the damping a more lean courtesy of a softer (non adjustable) suspension setup. Like its bigger brothers there is not a driver aid in sight. No power steering, traction control or ABS put you on high alert, it soon becomes apparent that the 1600 is playful yet secure and the fear fades away, you can push on the limit with confidence.

What’s the catch? Well, it’s not cheap at £40,000 with a couple of options and I view the Super Seven 1600 as a toy. It’s not practical or very comfortable in comparison to a hot hatch or most conventional automobiles in the same price bracket. If you can swallow the price and understand that this is a car for fun, then go out and buy one. I challenge anyone to drive the 1600 on a twisty road on a sunny afternoon and to not laugh out loud. 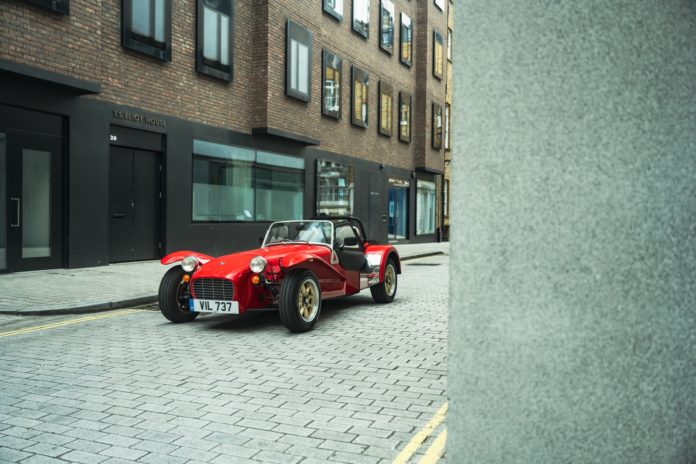 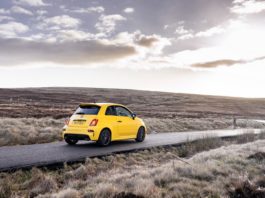 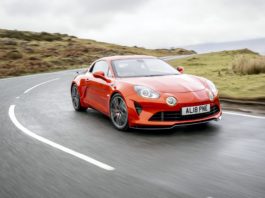