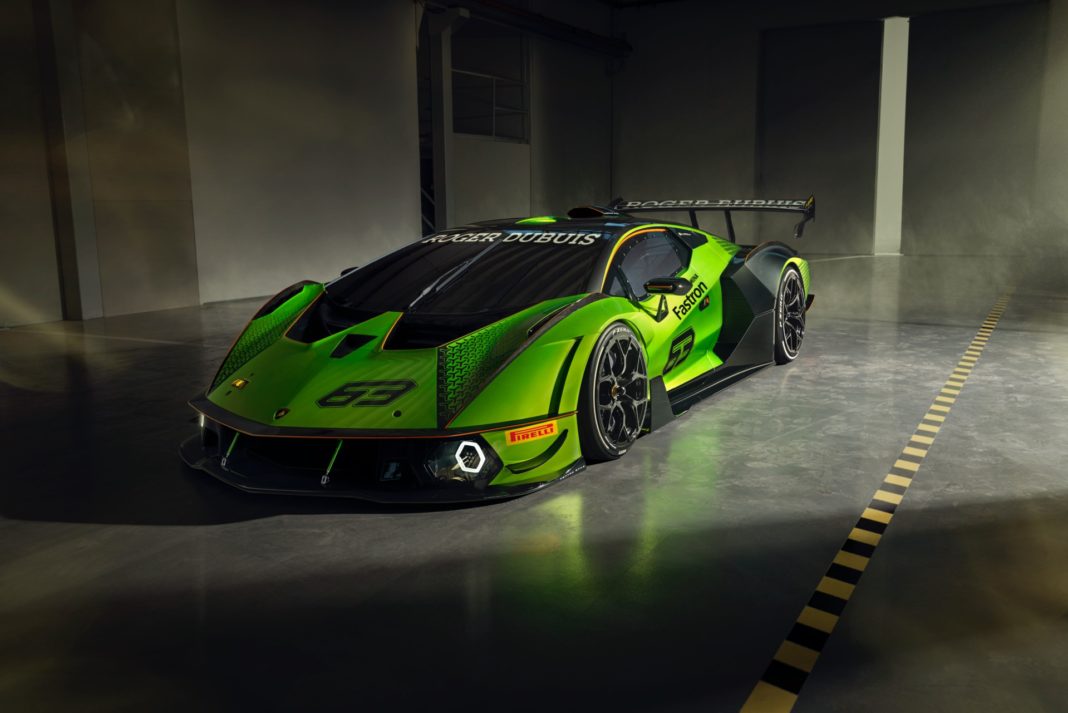 The Lamborghini Essenza SCV12 joins a growing marketplace for no-limits hypercars. It seems that, for the super-rich, they are the must-have accessory.

Aston Martin has its Vulcan, Ferrari has its FXXK, McLaren has its Senna GTR; and now Lamborghini has the Essenza SCV12. It is also the first GT car developed to respect FIA prototype safety rules.

In its press release, Lamborghini evokes some hardcore history. Cars like the Miura Jota and Diablo GTR. The Essenza SCV12 has big boots to fill!

Details remain a little loose. Lamborghini has confirmed that the SCV12 is powered by a V12 rated to 830 hp. The power increase is said to be caused, in part, by RAM effect at high speeds.

Lamborghini has gone outside for the exhaust pipes which were designed by Capristo. A new X-trac sequential six-speed gearbox is structurally mounted to the frame.

The Essenza SCV12 gets a new-generation carbon fiber monocoque chassis which makes do without an internal rollcage.

Push-rod rear suspension is installed directly onto the gearbox. Pirelli tires are mounted on magnesium rims (19” front, 20” rear), which frame the brake discs and callipers supplied by Brembo. 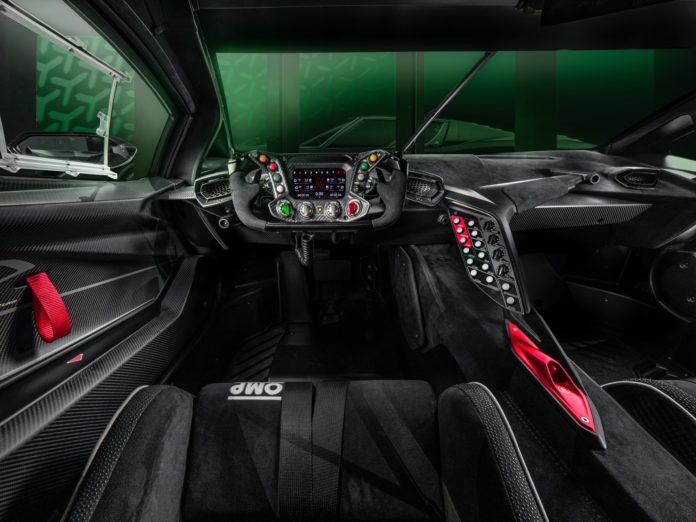 The unique aerodynamics achieve a staggering 1,200 kg of downforce at 250 km/h. The looks are dominated by a large adjustable double-profile rear wing, while other components are inspired by the Lamborghini Huracan race cars.

Essenza SCV12 customers will become part of an exclusive club with a bespoke program at the most prestigious circuits in the world. It will include a storage service in a new hangar built in Sant’Agata Bolognese exclusively for the Essenza SCV12 club.

Each car will have a personalized garage and dedicated services. The facility will also house the “Lamborghini Squadra Corse Drivers Lab” which offers athletic training programs similar to those followed by the official Lamborghini racing drivers.

The track calendar will start in 2021 with “arrive and drive” events held at FIA Grade 1 homologated circuits. Assistance will be provided by the Squadra Corse technical staff with the support of Emanuele Pirro and Marco Mapelli.

The price for this unique hypercar has not been announced.