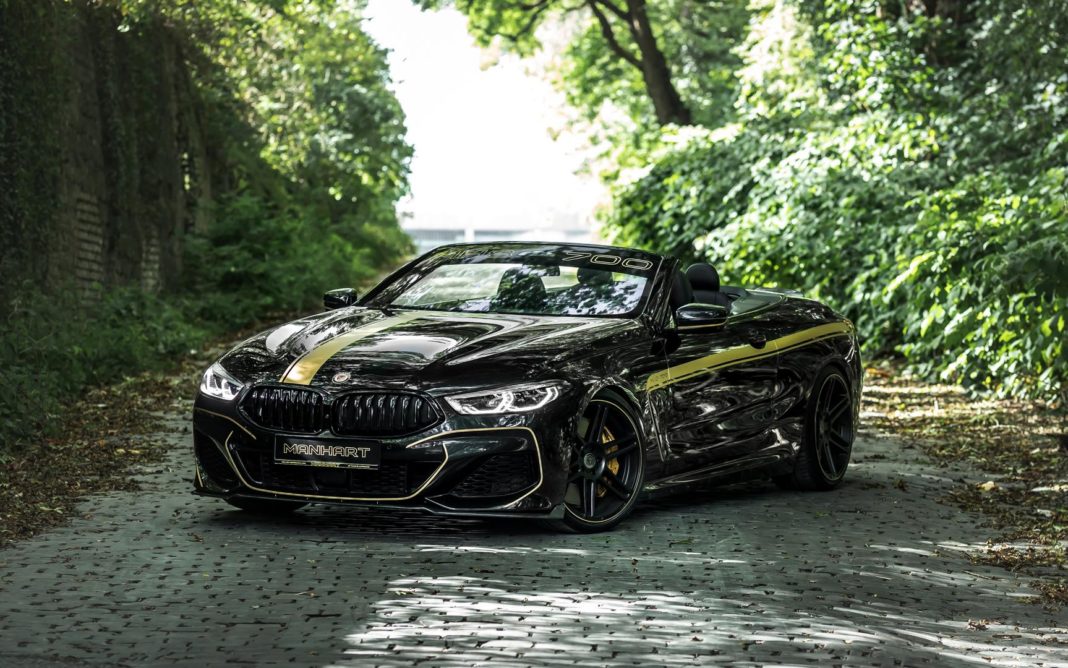 Manhart has upgraded and converted the eight cylinder engine to deliver an output of 710 hp and 925 Nm of maximum torque. The increase in power was made possible by the Manhart ECU remapping in combination with the new intercoolers, sport air filters and the upgraded turbochargers which are significantly more powerful than the standard ones.

The new MH8 700 has also been fitted with a stainless steel exhaust system with valve control. Manhart race downpipes without catalytic converters and Manhart OPF Deleter are also available but for export only.

Additionally, the eight speed automatic transmission has been upgraded whereas the braking system has remained standard with the exception of the golden paintwork on the calipers.

The exterior of the MH8 700 features front and rear spoilers each made of carbon, a new diffuser and the black bodywork is refined with golden decorations. The vehicle has been fitted with a set of Manhart Concave One wheels of size 9×20 and 10.5×20 inches mounted on high performance tires measuring 245/35 and 275/30.

In addition, Manhart lowering springs by H&R lowers the vehicle by 30 millimetres to improve the stability and agility of the car.