GTspirit
Home Car News This Audi RS Q8 is More Expensive than a Lamborghini Urus, Has... 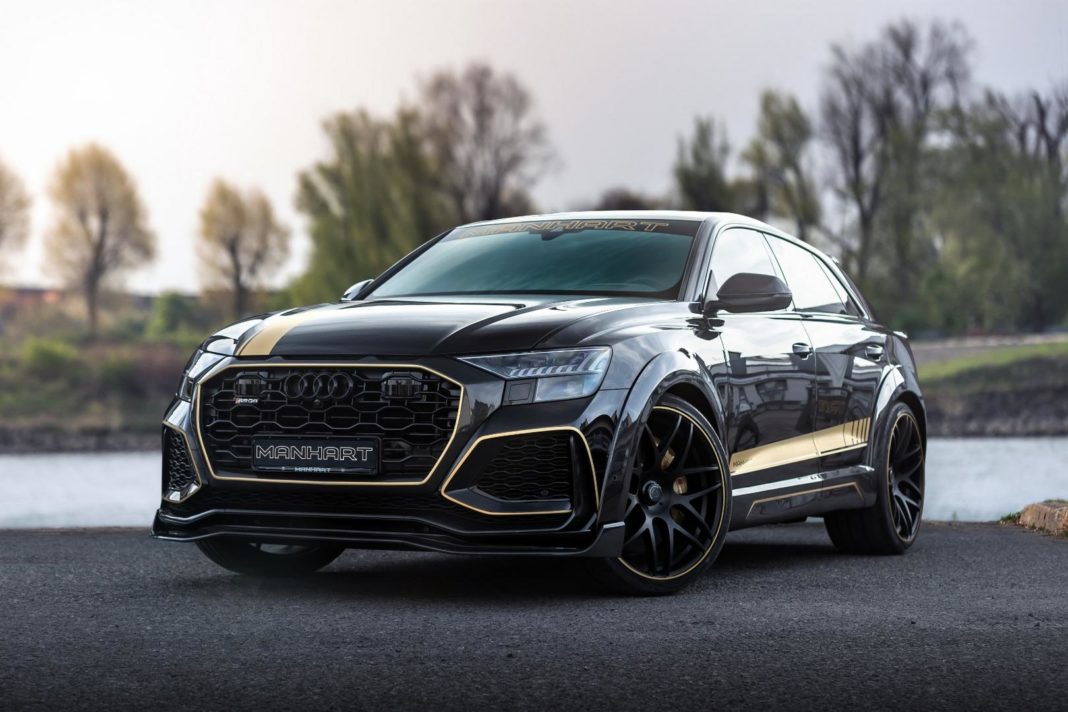 Manhart Performance just unveiled their most powerful version of the Audi RS Q8. It’s called the Manhart RQ 900. The 4.0L V8 twin-turbo engine produces a maximum power output of 600hp and 800 Nm of torque in standard form, but the tuner has reworked the car thoroughly to achieve 918hp and 1,180 nm of torque. Performance numbers have not been revealed but you can bet it’s quicker than the stock car which does 0-100km/h in 3.8s before achieving a top speed of 305km/h.

The ECU was extensively remapped after the installation of new hardware including bigger turbos. The RQ 900 package consists of a Manhart intercooler, carbon intake by Eventuri, Manhart turbo performance kit as well as Manhart sport downpipes with 200-cell catalytic converters. The latter does not have TUV approval, therefore intended for export only. The sport downpipes have been connected to a stainless steel exhaust system with valve control function. The tailpipes are available in a choice of ceramic coating or carbon coating.

In addition, the RQ 900 also features suspension optimization which as a result lowers the ride height by 30-40 mm after modifying the factory air suspension, this is achieved by means of software adjustment or the use of coupling rods. Manhart can also implement individual brake upgrades upon request.

The vehicle has been fitted with a set of Manhart Classic Line wheels with side-matt finish and gold trim strip on the side of the wheels have been fitted under the wings. The dimensions of the wheels are 10.5×24 and 12.5×24 inches whereas the tyres measure 295/30 ZR24 and 355/25 ZR24.