A new video of one of Aston’s most impressive track weapons has been released!

This video features Aston’s GT12 pounding around the Nurburgring and was captured by car spotter CvdZijden. There really is nothing like the sound of a full bore V12 engine at full throttle on at the Green Hell. Turn up your speakers and check out the video!

As a reminder, all 100 units of the Aston Martin Vantage GT12 feature the firm’s customary 5.9-litre V12 engine tuned to deliver 592 hp as well as 461 lb-ft of torque. By comparison, the already potent Aston Martin V12 Vantage S produces 565 hp and 457 lb-ft. Helping to achieve the power and torque gains are new inlet manifolds, a titanium exhaust system as well as tweaked geometry. Finally, the torque tube is now made of lightweight magnesium and the titanium exhaust alone saves 19 kg from the car.

Aston Martin Victor: 1 of 1 Hypercar Built from Vulcan and... 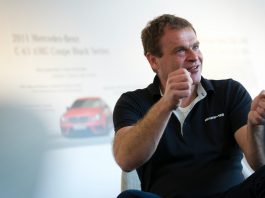 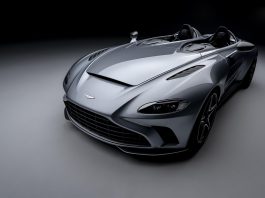