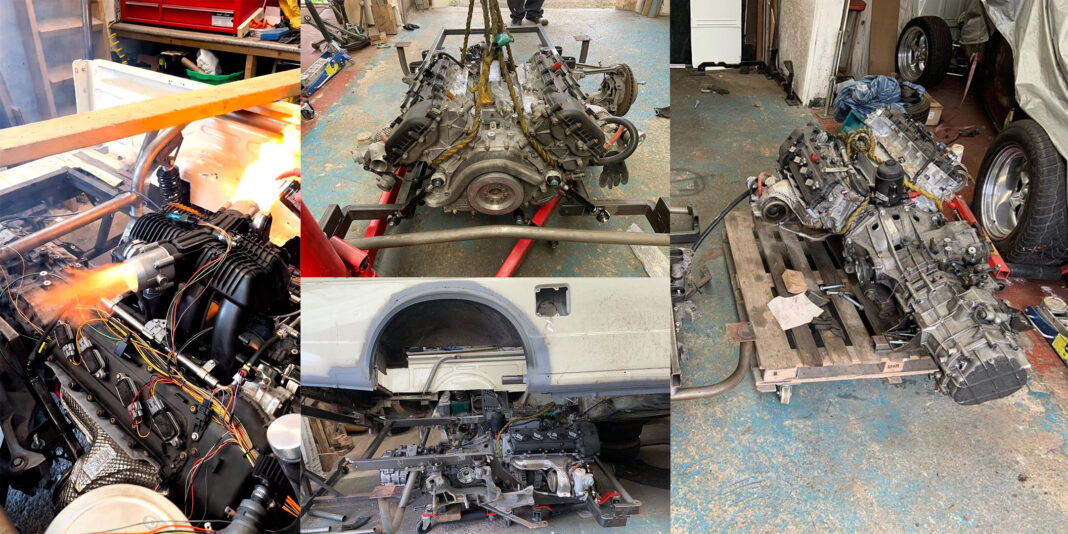 Some of the projects we see lately are just completely nuts. A home garage in the UK has turned heads on the internet after the project owners decided to pull a world’s first with a 1988 VW Caddy pickup. By using exotic parts never used before on a truck project, Garage 68 Motorsport have decided put a McLaren 650S engine in their old VW Caddy, and if that doesn’t get your attention yet, the transmission is a 6-speed manual from a Gallardo/Audi R8.

That’s one way of kicking off 2023, and the project has gone as far as putting everything together. Fabrication of different parts is currently ongoing.

As one would expect, this is not the kind of project that comes with a ‘how to’ manual, so the owners sort help from various companies to see it through. A Haltech Nexus R5 ECU will be the center of it all, and comes with a drive by wire throttle control, intake and exhaust cam control among other cool features for such a project.

The original engine bay of the Caddy will house two radiators, one for the engine and the other for the charge coolers. A few more pumps will fit in there too. They are using Advanced Vehicle Tuning and thanks to the mid-engine setup they can run water-to-air charge coolers instead of the typical air-to-air intercooler.

It’s hard to miss the Porsche suspension bits used on the car (Porsche 986 Boxtster parts to be precise), and we bet when it’s all done the Caddy will ride like a charm. While the project is still far from done, we do know for sure that the overall costs could hit six figures easily.

We will for sure keep an eye on this project and keep you updated!