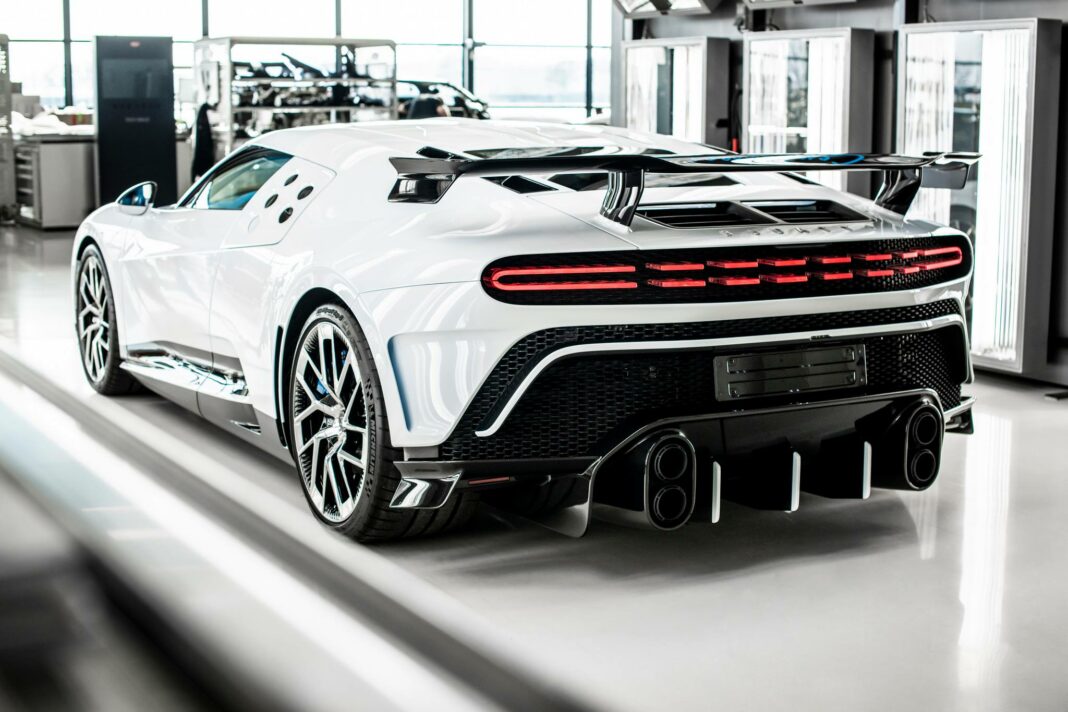 Bugatti delivered the tenth and final Centodieci to its owner, bringing a significant chapter in the modern era of Bugatti coachbuilding to an end. The Centodieci is a modern-day tribute to Bugatti’s legendary EB110 super sports car and the entire production was limited to only 10 units which sold out before the Centodieci was even officially revealed.

The Bugatti design and engineering team reimagined the silhouette of the EB110 by creating an entire new roofline and profile that sits much lower and a new frontal visual identity inspired by the EB110’s horseshoe grille. The Centodieci also features the original car’s Bauhaus-inspired flat surfaces and details as well as the slab-shaped headlights from the EB110 evolved into cutting-edge slimline LED headlights.

Like its base model, the Centodieci is powered by a powerful 8.0 litre W16 engine producing a maximum output power of 1600 PS, the acceleration from 0-100 km/h is achieved in 2.4 seconds and the top speed is set at 380 km/h.

With all the 10 units delivered, Bugatti Atelier in Molsheim will now focus on assembling the remaining Chiron models.