Hennessey recently unveiled a new version of the Venom F5 that has been re-engineered for increased agility, improved handling as well as high downforce. The new Venom F5 Revolution Coupe is lighter in weight, track-focused and currently the most powerful and visceral pure-combustion hypercar in the world.

The new model is based on the Hennessey Venom F5 Coupe, the two models share nearly identical DNA but you can distinguish the Revolution Coupe from the F5 Coupe through its aerodynamics, suspension, engine cooling and digital telemetry. On the new model, the engineering team focused on reducing the mass and weight of the vehicle, as a result, the Revolution Coupe is the lightest Venom F5 model weighing below 3000 pounds. 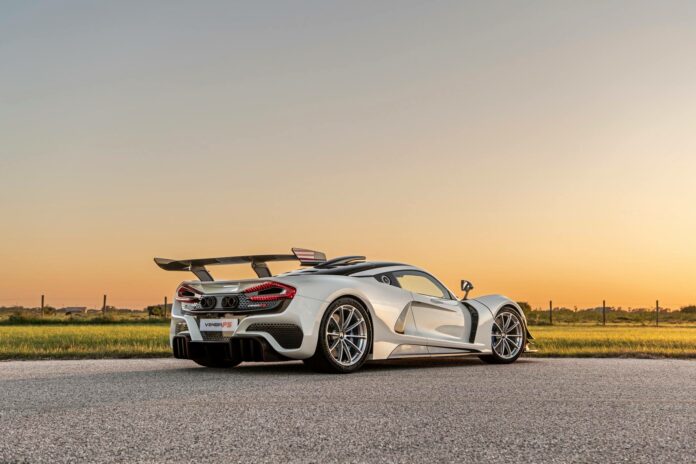 The Revolution Venom F5 model is powered by Hennessey’s celebrated twin-turbocharged 6.6 litres ‘Fury’ V8 engine generating an output power of 1817 bhp. Additionally, the engine is mid-mounted in the carbon fibre monocoque chassis, power is transferred to the rear wheels through a robust automated single-clutch gearbox and the wheels have been fitted with carbon-ceramic brakes with multi-piston callipers as standard to ensure fade-free stopping power on the road or circuit.

The exterior of the new model features a full-width rear carbon fibre wing with an adjustable appendage. The adjustable appendage has been fitted with end plates that increase the downforce of the vehicle without extending the width of the wing. The rear wing delivers more than 800 pounds of downforce at 300km/h and over 1,400 pounds of downforce at 400 km/h thanks to the end plates generating vortexes that guide airflow and improve stability and aerodynamics.

The new model also features a larger front splitter made from carbon fibre that prevents air from flowing underneath the F5 Revolution Coupe, an extended rear diffuser that guides air out from below, dive planes on the front fascia that channel airflow to shift the aerodynamic balance forward and a new roof-mounted central air-scoop that lowers the temperature by delivering fresh air to the F5’s engine bay. 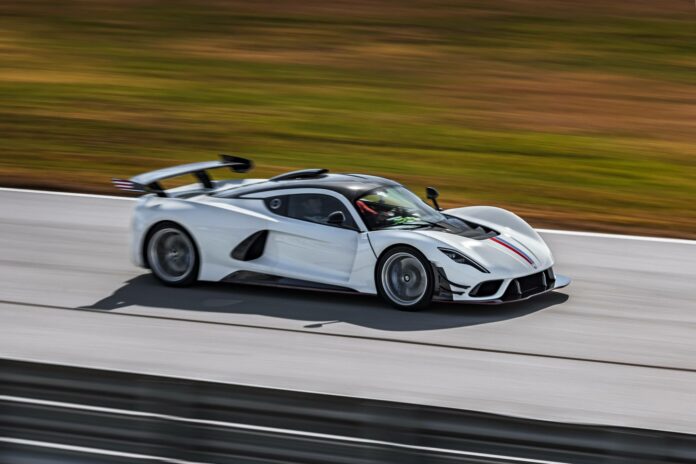 The new Venom F5 Revolution Coupe is scheduled to make its official global public debut on January 15th 2023 at the Miami Motorcar Cavalcade Concours d’Elegance. The new model is priced at $2.7 million and will be limited to 24 units worldwide.