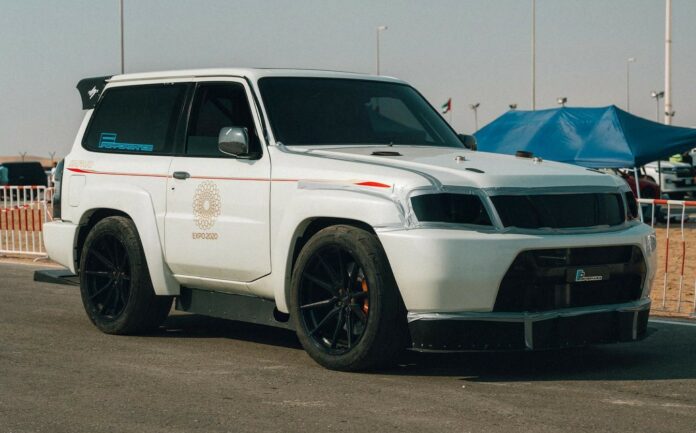 The Patrol R is based on a short wheelbase Nissan Patrol, it’s built by Dubai based F Performance who have worked on some of the fastest cars in the Middle East. If you remember the popular video of a Nissan Patrol thrashing a Porsche 918 Spyder a few years ago, this is the same car only now that it is faster!

What’s even more impressive is the fact that the Patrol R still features the traditional SUV shape which is the least aerodynamic. The team used duct tape to block the panel gaps around the front bumper, bonnet and front lip thereby reducing drag in this high speed run. They plan to better this record next year using the same car and we cannot wait to see that happen.