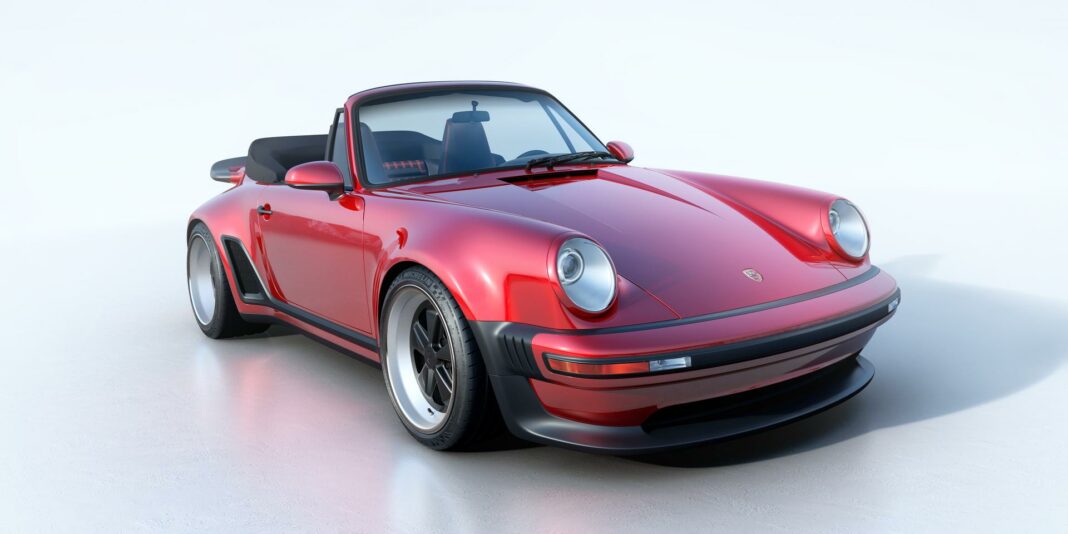 If you love Porsche 911’s, specifically the 964 model 911’s, you’re probably familiar with Singer Vehicle Design and their one-off custom fabrications “Reimagined By Singer.” If you’re not, you need to be as they are quite possibly the pinnacle of 911’s. While I hate to use the term “resto-mod” because it doesn’t capture the degree of thoroughness found in each individualized Singer project, it at least gets the point across that these are reimagined 964’s with modern technological upgrades, improvements, and design enhancements. Mind you, Singer doesn’t build cars – they restore and reimagine them to their client’s desires, creating absolute masterpieces of craftsmanship, design, and engineering.

Singer Vehicle Design was started in 2009 by Rob Dickenson, an avid fan of Porsche’s most famous and ubiquitous model. The first restoration performed by Singer Vehicle Design was displayed to the public at The Quail: A Motorsport Gathering during the Monterey Car Week. It was received with praise from all quarters of the automotive world and despite the, ah, considerable prices required to perform these restorations, their order books quickly filled. With each new Singer project revealed to the public, the accolades grew and more orders rolled in.

Singer sees their projects as being part of several design studies that they’ve undertaken. The first was the Classic Study, which focused on optimizing naturally-aspirated air-cooled 911 coupes and targas. Their next study focused on Dynamics and Lightweighting, improving the handling and performance, and reducing mass through carbon fiber technologies.

Their current area of study is the Turbo Study, and the car being shown at The Quail this year comes from this study. On display is the first car to be finished under the Turbo Study project – a Wolf Blue example designed with an emphasis on high-performance grand touring ability.

The whole re-imagining is simply stunning. If you saw it on the street and only caught of a glimpse of it, you could be forgiven for mistaking it for any other old 911, but the longer your eyes stray over it, the more details you notice and the more impressed you become as you realize that there is very little unchanged in the design of the car, while at the same time it honors Porsche’s original design in every aspect, only updating and reimagining it.

Singer’s mantra is “Everything is Important” and the results of that mantra manifest in every design study project they undertake. If you get a chance, be sure to stop into The Quail and see Singer’s work up close. You won’t be disappointed.