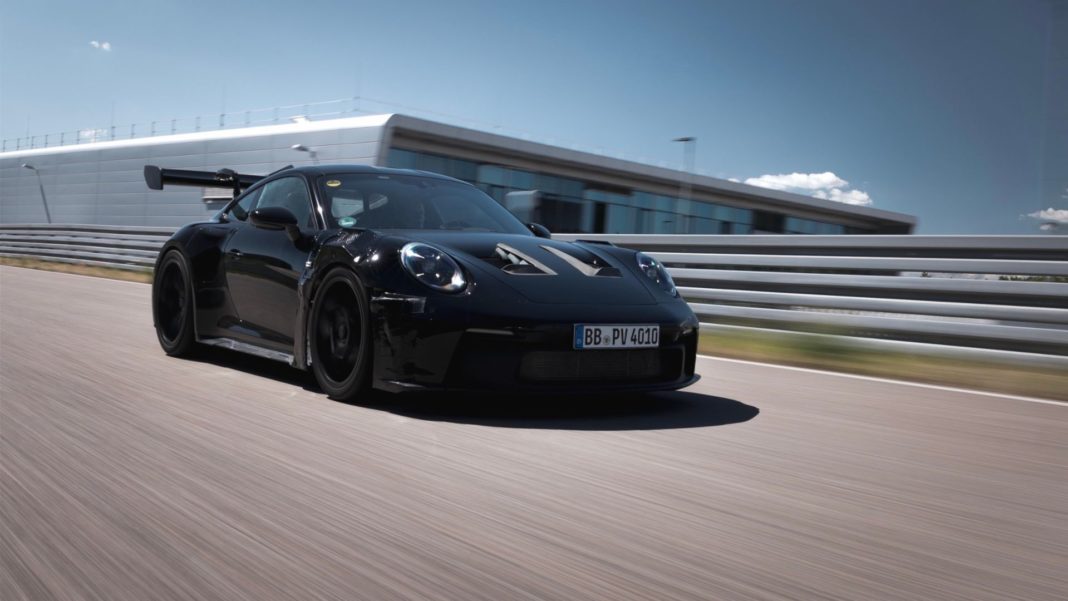 The most aggressive road-legal Porsche of modern times is just around the corner. The 2023 Porsche 911 GT3 RS will officially make its debut on August 17th, 2022. Based on the Porsche 991 generation, the new GT3 RS will retain a naturally aspirated flat-six engine just like the outgoing model, but the looks have taken a dramatic turn for the best.

The rear wing on the outgoing GT3 RS was already big to begin with, but Porsche went steps further with the 992 GT3 RS by introducing a massive swan neck rear wing that looks nearly illegal. Massive air intakes dominate the front, supported by a host of aerodynamic changes; suggesting it will have enough downforce to break several track records.

We already have an idea of what the 992 GT3 RS will look like thanks to the spy videos floating around the internet. Have a look at this clip shared from LA where a prototype was spotted testing.

Cadillac Celestiq Wants to Bring Back Pre-War Vehicle Designs, Is it though?