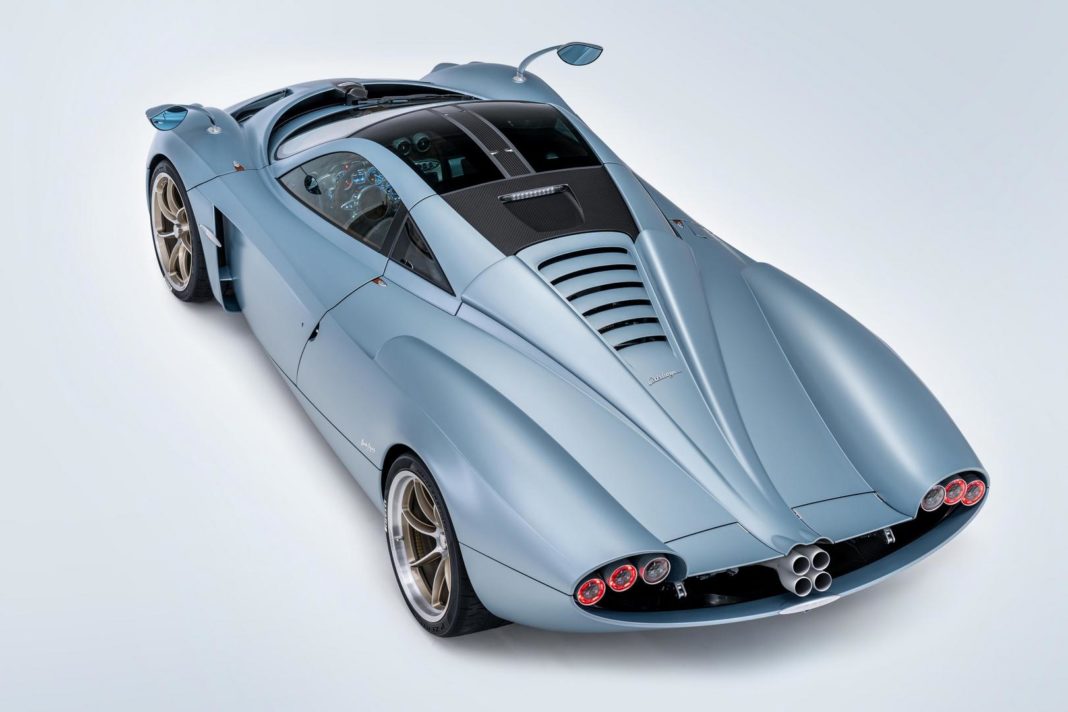 The new Huayra Codalunga will be limited to only five units worldwide, the vehicle was designed in accordance with the creative principles of the great polymath Leonardo da Vinci and it’s fully certified and complies with global regulatory requirements.

Building the new Huayra took approximately two years with the engineers working closely with the client to finalise the styling concept.

In addition, Pagani used advanced composite materials to create the bodywork of the Codalunga. The rear engine cover which is longer compared to the Huayra Coupe conceals the powerful V12 engine which generates an output power of 840 hp and 1100 Nm of torque.

The new model has been fitted with an exhaust system made from titanium that weighs 4.4 kg and it has been finished in a special ceramic coating which pays homage to Le Mans racing cars. Additionally, the vehicle has a record weight of just 1280 Kg and an extremely high aerodynamic efficiency.

The special model will be available in neutral colours and semi-matte or fully-matte paints whereas the interior features seats finished with woven leather/ nubuck upholstery and aluminium components machined from a single block.

The new Pagani Huayra Codalunga is approved for road use worldwide, the price of the new hypercar starts from € 7 million and all the units are currently sold out.