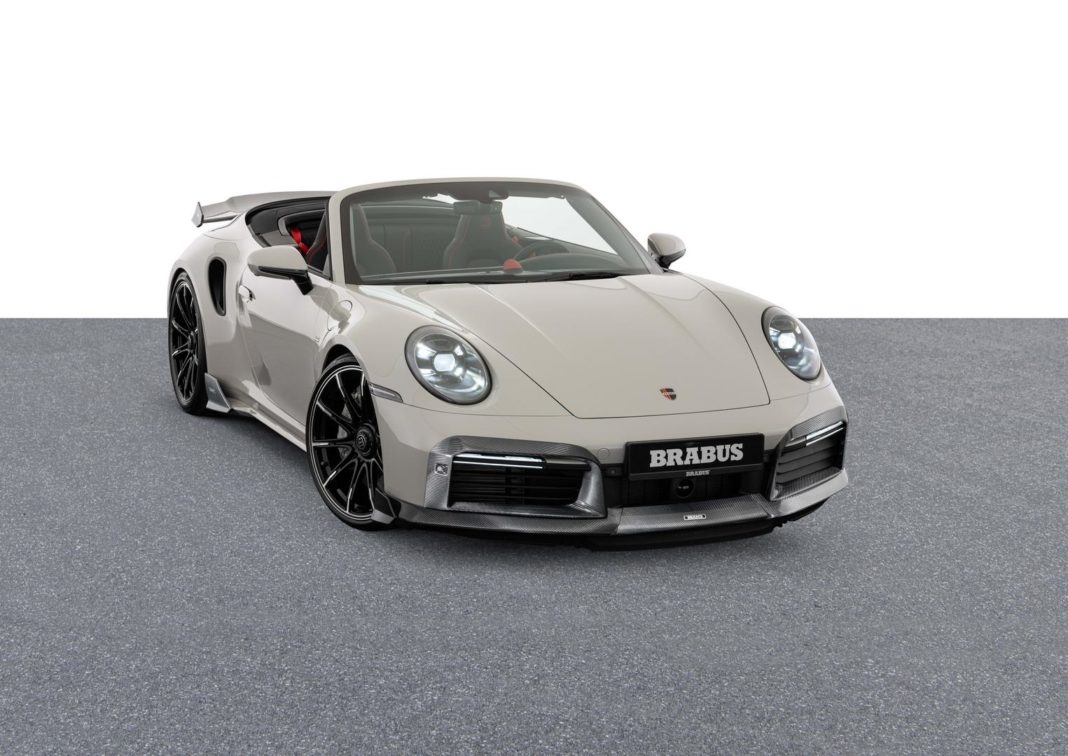 Additionally, the vehicle accelerates from 0-100km/h in just 2.6 seconds and the top speed is electronically limited to 335 km/h. The electronic engine controls were adapted to the new hardware and the performance upgrade was affected by means of Brabus PowerXtra auxiliary control unit with modified forced induction system.

The Brabus high-performance exhaust system is produced from Inconiel; a heat resistant lightweight alloy material which is also used for fabricating the exhaust system of the current Formula 1 race cars. The two Brabus PowerXtra valves for the turbo system are a special development that produce a blow-off noise when the driver lifts off the gas.

The Brabus PowerXtra P38S-820 fitted in the rear gives the Turbo S even more superior power. The eight-speed dual clutch transmission in combination with the electronically controlled all-wheel drive ensures the engine produces enough power to accelerate from 0-100km/h in 2.5 seconds with the top speed electronically limited to 340 km/h.

The exterior of the vehicle has been equipped with body components manufactured from carbon and finished in either high-gloss or matt finish. The exterior features Brabus front spoiler with flaps on both sides to reduce front-axle lift at high speeds, large air intakes with tailor-made carbon elements, Brabus flaps mounted to the rocker panels in front of the rear wheels to optimizes the airflow around the rear wheels and exposed-carbon diffuser with tailor-made tailpipes of the Brabus sport exhaust system.

The vehicle has been fitted with forged Monoblock Z Platinum Edition center-lock wheels. The front axle runs on rims of size 9.5Jx21 while the rear axle runs on 12Jx2 mounted on Pirelli or Yokohama high-performance tires of size 255/30 ZR21 at the front and 335/25 ZR22 on the rear axle. The Brabus height-adjustable sport springs lowers the vehicle by 25 mm lowering the center of gravity and thus improving the handling.

The interior of the vehicle features a special badge with red glazing on the seat backrests, black leather with red piping and stitchings to provide contrast to the gray paint finish, shield-shaped quilting on the seat center sections and cockpit floor, aluminium components on the pedals and footrest, red glazings on the dashboard and center console, red decorative stitchings on the steering wheel, leather trim around the Sport Chrono clock on the instrument panel and scuff plates with backlit Brabus logo.