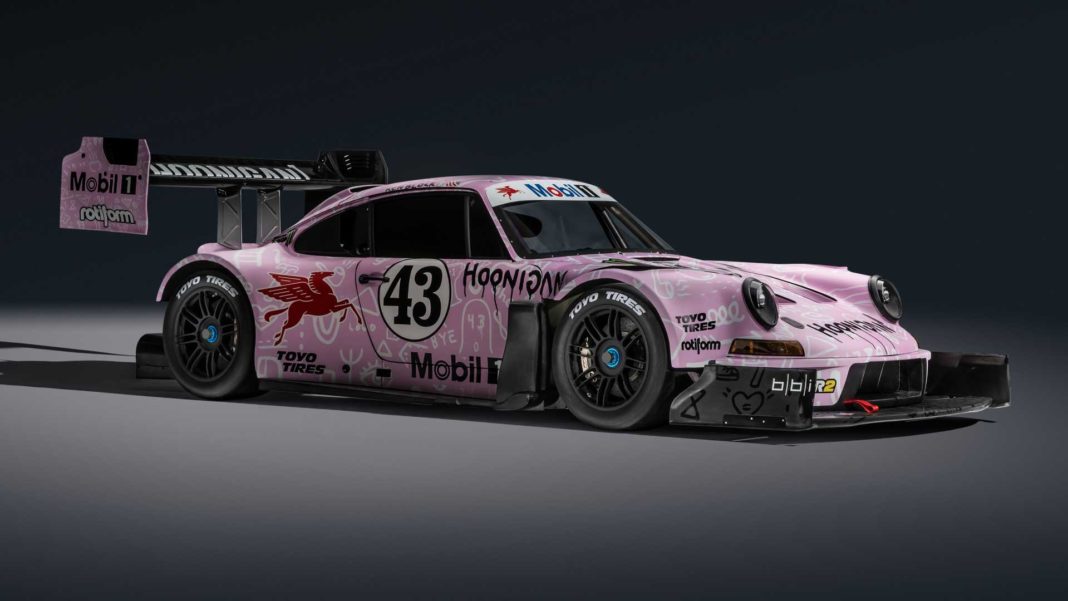 Mobil 1 was announced as the official motor oil of the vehicle and it will be providing engineering and technology support for fuels and lubricants. Additionally, Block and Hoonigan also teamed up with an International street artist Trouble Andrew to launch the new livery on this model along with a new livery for the Hyundai i20 WRC rally car.

For 2022, Hoonigan and BBi Autosport have built the first ever mid-engine, AWD, twin-turbo vintage Porsche 911. The Hoonipigasus features a transmission tunnel known as “Chorizo Tunnel” which runs from shoulder height to the front axle resulting in a lower centre of gravity, the vehicle weighs only 1000kgs and it also features GPS Height-adjusted suspension based on last year’s telemetry.

Hoonigan is known for some of the most unique liveries in all of motorsports. Hoonipigasus’s creation was a decade in the making and its livery pays homage to the iconic Porsche 917/20 also known as “Pink Pig ” which only raced once.

The Pikes Peak International Hill Climb also known as ‘The Race to the Clouds’ is an invitation-only automobile hill climb to the summit of Pikes Peak in Colorado.
This year’s event is scheduled for June 26th and it will mark the 100th running of the PPIHC which features a 12.42 mile course with 156 turns and an elevation gain of 4725 feet rising to the finish line at 14,115 feet above sea level.