There is a lot of heated discussions regarding the recent Subaru statement and their decision to ‘discontinue’ the WRX STI. Press statements aren’t always straightforward and that’s why we will try and dissect this statement from Subaru. 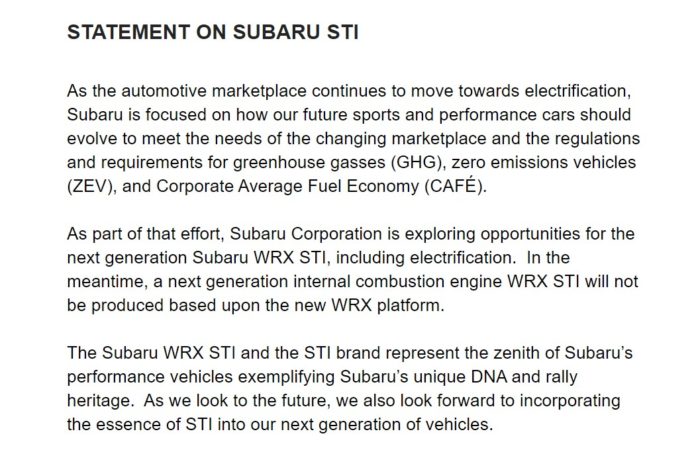 “A next generation internal combustion engine WRX STI will not be produced based upon the new WRX platform.”

“Subaru Corporation is exploring opportunities for the next generation Subaru WRX STI, including electrification.”

What they should have done with the WRX:

What they should do with the STI: Other possibilities that have been popular among car makers: