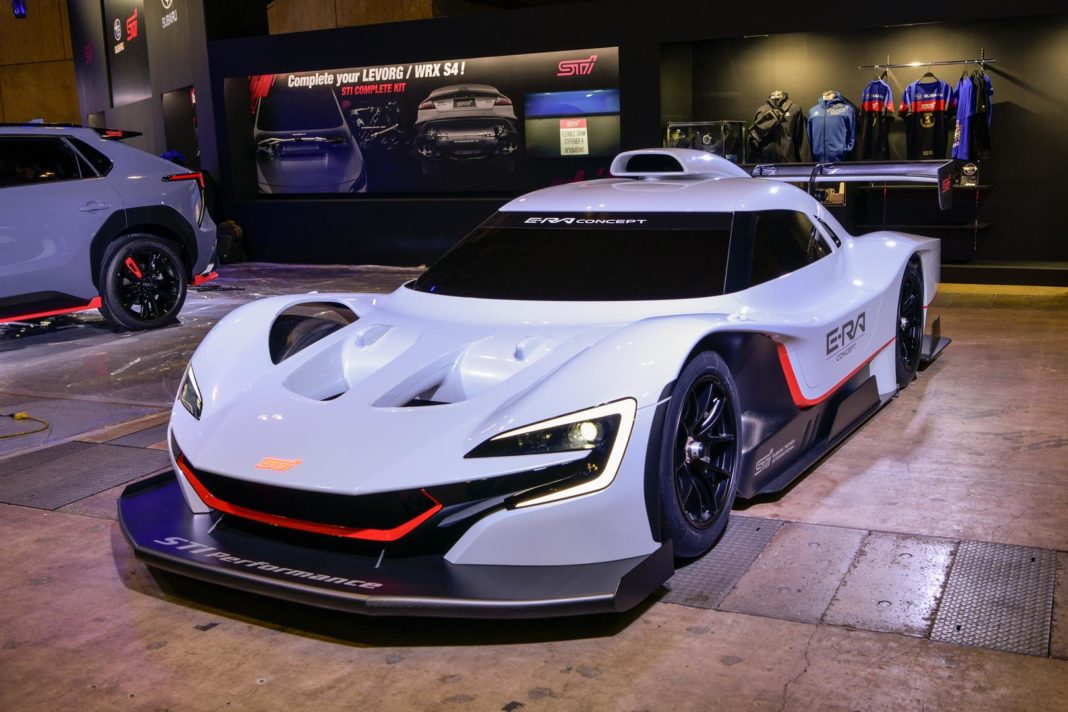 Subaru Tecnica International officially unveiled the Near-future Motosport EV Concept, the 2022 STI E-RA Challenge Project. The aim of the project is to gain experience and training of new technologies in the world of motorsport.

The vehicle was unveiled at the Tokyo Auto Salon that opened on January 14th, 2022. After driving experiments at circuits in Japan, the model will try to record a lap time of 6 minutes 40 seconds at the Nurburgring circuit from 2023 onwards.

Subaru team utilized the all-wheel control technology to control the high outputs of 1088hp using the new 4-motor 4-wheel torque vectoring technology as well as to highlight the uniqueness of the vehicle in terms of pleasure driving and sense of security.

The vehicles have been equipped with a high-torque high-revolution type with an integrated inverter and a gear for hyper EVs supplied by Yamaha Motor Co. LTD. The vehicle will be powered by a lithium battery with a storage capacity of 60kWh.

Additionally, the torque vectoring system is a technology built to ensure the grip limit of each of the four wheels is balanced and equalized. This increases the grip level to the maximum and stabilizes the body position of the vehicle.

The structure directly attached to the four wheels of the vehicle allows a high level of responsiveness and a direct control of the yaw of the car body. This is considered to be a system capable of maximising the kinetic performance of the vehicle and it has already been included in the regulations for future motorsports (FIA E-GT).