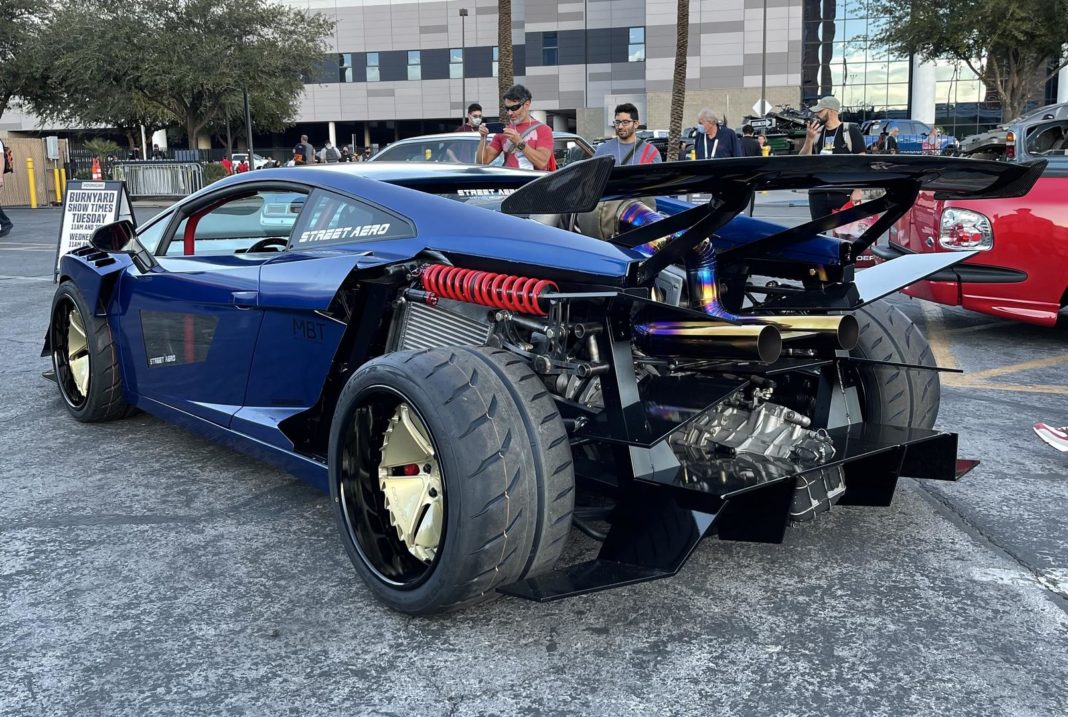 In this week’s Project Exposure feature, we sat down with Mr. Bryce Yeager from Street Aero to learn more about his SEMA 2021 project. Its a Lamborghini Gallardo powered by a soon to be 1500hp 2JZ engine. A lot of modifications went into this project, and we believe it’s the first one of its kind.

In his own words, Mr. Yeager took us through the project explaining in brief detail his current and future plans. Let’s dive into it!

Q: When did the project start?
A: I purchased the Gallardo in April of 2020.

Q: What made you decide 2JZ?
A: It’s actually pretty funny how it happened. My brother randomly sent me a listing of a Lamborghini Gallardo and I jokingly responded, “I’m going to 2jz swap it,” not having any previous interest or even intentions to ever 2jz swap anything. He said he was just joking about it and went on about how it would be a terrible idea.. That’s when I decided to send it. I picked it up in Vegas 7 days later.

Q: Is the original V10 still available?
A: The car did not come with the original engine, it was just a rolling shell when I got it.

Q: Brief us on the specs of your build.
A: The frame has been stretched 5 inches to accommodate the longer engine. We paired that up to the original gated 6 speed manual transmission that uses a Tilton triple disc clutch. The 2jz has a 3.4L stroker kit with dual injectors and a 6 to 1 custom header, 85mm Garrett turbo, Full titanium exhaust. Oh, and two 10lb bottles of nitrous. We went with a Haltech Nexus R5 ECU and a radium triple fuel pump system. A Street Aero forged carbon fiber steering wheel and a Street Aero SFI Certified racing harness sit in the driver’s seat. On the exterior, I have champagne rimmed Govad Forged wheels and a fully custom aero kit by Street Aero. And my favorite, windows in the doors of course.

Q: How much power are you are making currently?
A: It hasn’t been dynoed yet. We just got it running a couple weeks ago and found a small issue with the clutch. We are currently fixing that and it should be driving by the time you post this feature. The engine was built for 1400-1500hp, so I could have a reliable 1,000hp setup.

Q: What’s your next step with the build?
A: To get it street legal and abuse it on the streets of LA.

Q: What’s your next build?
A: I really want to swap a Cummin’s Diesel engine into a Ferrari… I hear they don’t like people modifying their cars:)

Well, thank you Mr. Yeager and do let us know when your diesel Ferrari becomes a reality!😂