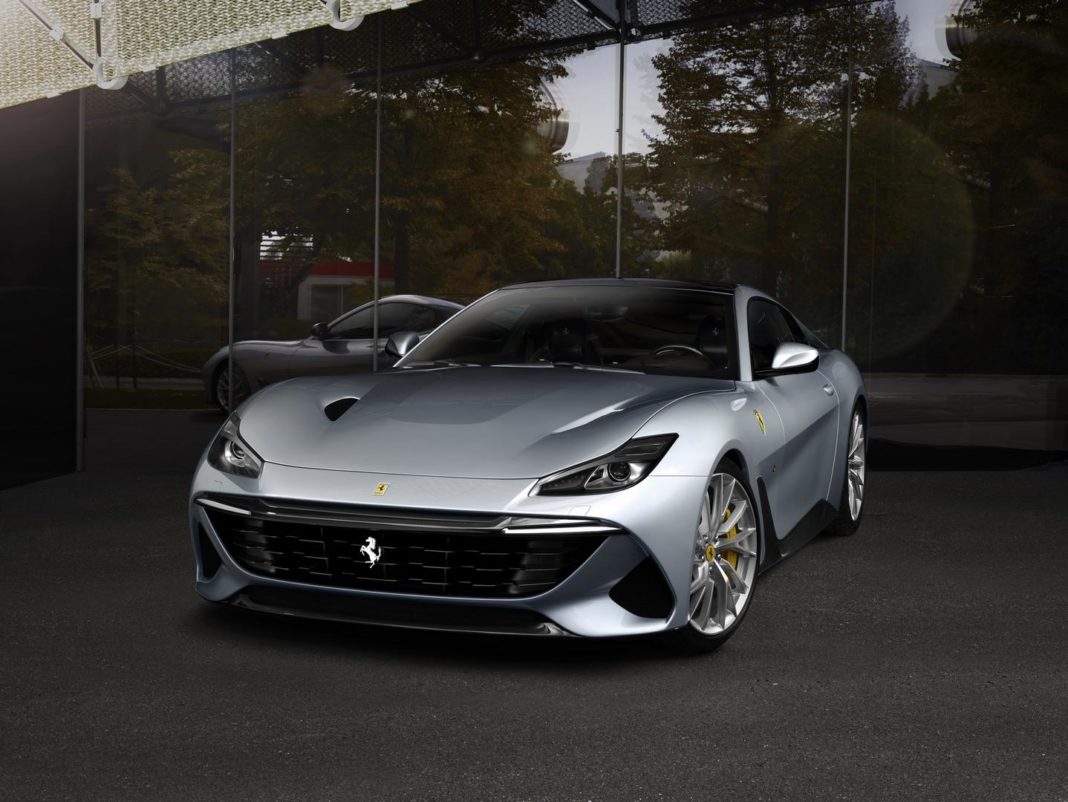 The new Ferrari BR20 is the latest addition to the Prancing Horse’s One-Off series. The BR20 is a two-seater V12 coupe developed on the GTC4Lusso platform, its design and styling was inspired by the Ferraris of the 1950s and 1960s including the 410SA and 500 Superfast.

The BR20 is three inches longer than the original model, the two rear seats were removed to add extra dynamism to its ultra-sleek fastback line and the cabin volume has also been modified.

Additionally, the rear bumper features twin tail lights which create a visual dialogue with the tailpipes whereas the BR20 twin round exhaust tips were specially developed for this bespoke model.

The BR20 features carbon-fibre details on the sinuous sills and on the wide front grille. The modified headlights are lower in height compared to those of the GTC4Lusso, both the headlights and the 20 inch tone-on-tone diamond finish wheels were specifically designed for the BR20.

The interior of the vehicle features two shades of brown leather and carbon fibre components. The seats are finished in dark brown Heritage Testa di Moro leather, the cabin volume runs from the windscreen to the luggage compartment and the rear bench,door handles and the luggage deck are adorned with Oak trim with carbon-fibre inserts.

The price and performance info was not included.