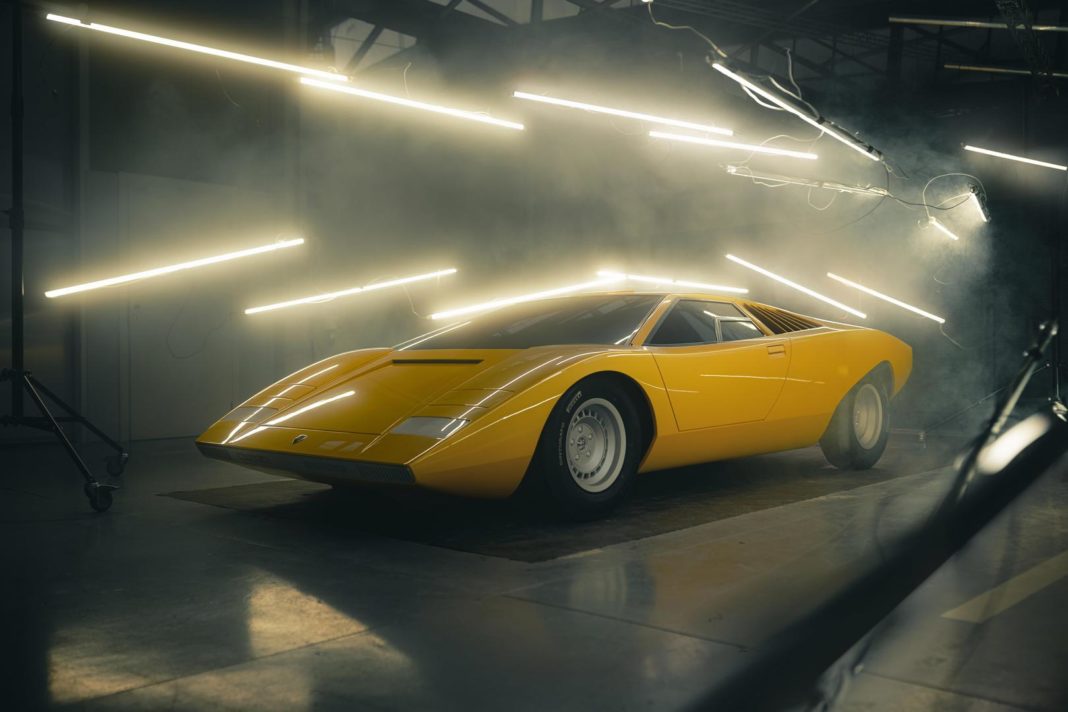 This is the newly unveiled Lamborghini Countach LP 500, a recreation of the 1971 LP 500 built entirely from scratch by Polo Storico – Lamborghini’s restoration department. It was officially unveiled at the Concorso d’Eleganza Villa d’Este on 1st October 2021.

The reconstruction of the LP 500 was requested by a VIP Lamborghini customer, the first month of the project was spent acquiring all the materials needed and Fondazione Pirelli also offered support in providing historical materials for recreating the tires on the new LP 500 model. 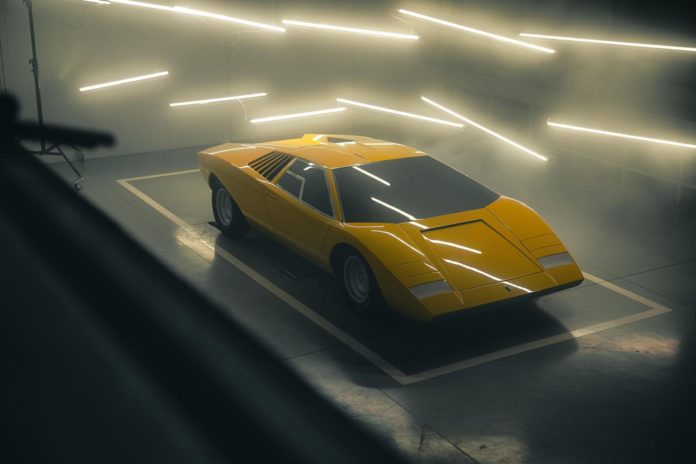 The project began on the platform chassis, Polo Storico had to physically redesign the vehicle as well as choose a suitable work system whilst respecting the production methods of the time.

Once the sheet metal beating phase was reached, technology gave way to the traditional system and the interior was also finished in a similar process. Additionally, the interior featured the lighted diagnostic instrument similar to the one on the 1971 prototype.

Fondazione Pirelli used the original plans of the Cinturato to fit the LP500 with a set of CN12 tires for its Geneva debut. The tires fitted were supplied in the size 245/60R14 for the front axle and 265/60R14 for the rear axle. The tread pattern and aesthetic on the tires was the same as in the 1971 model but with modern compound and structure. 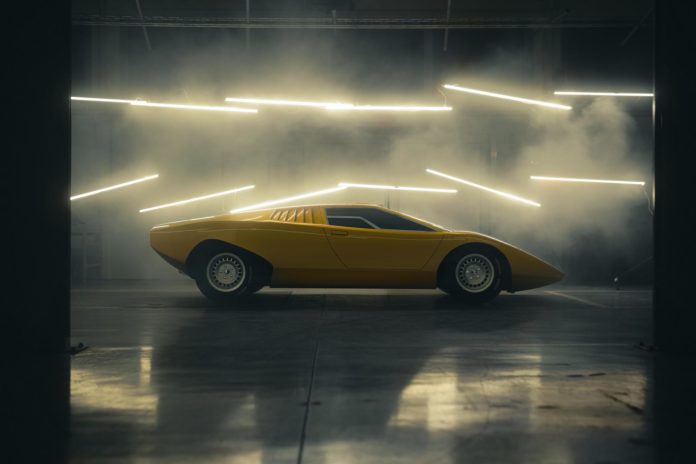 The new Countach LP500 has been finished in a Yellow color identified as ‘Giallo Fly Speciale’.