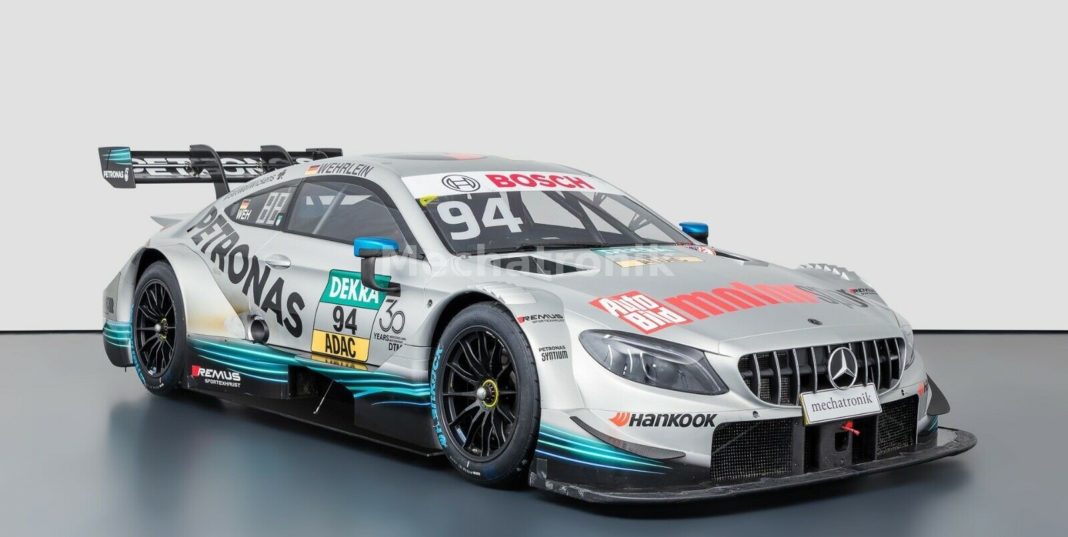 You read that right, a C-Class for the price of a McLaren Senna or a Porsche 918 Spider. Its the Mercedes-AMG Coupe DTM, also known as the Mercedes-AMG C63 DTM after the design was updated to reflect that of the W205 c-class generation.

Motorsport has changed drastically in the last few years, and if you think the car industry has changed a lot from the extensive restrictions put on internal combustion engines then you will be shocked once you see the changes that these very car makers have had to put up with in Motorsport. DTM cars for example downsized at one point from the vivacious V8 engines that once powered them to 2 liter inline-4 engines.

That move only lasted one season (2019-2020), Mercedes-AMG had already withdrawn from DTM leaving BMW and Audi to run a series of 2.0L turbo-4 engines. For Mercedes, their last outing in DTM was still represented by a lively C63 Coupe DTM, powered by a 4.0L naturally aspirated V8 engine. The road going C63 AMG cars used a twin-turbocharged version designed to meet efficiency and emission targets of that generation.

It goes without saying that both the W205 C63 DTM and C63 AMG are the last of their kind, the very last C-Class AMG models to be powered by a V8 engine.

And now we can finally address the insane price on this 2014 C63 DTM Coupe that was driven to several victories by Robert Wickens during the 2015, 2016 and 2017 seasons. Mercedes left DTM to focus on their EQ brand, they branched into Formula E and have since launched several full electric EQ models including the EQA, EQC, EQS and more.

Ironically, the upcoming C63 AMG will use a 2.0L turbo-4 engine just like the DTM turbo cars from the 2019-2020 season where BMW fielded a BMW M4 Turbo and Audi entered an RS5 Turbo. Mercedes was absent during this season after going out with a bang in the 2018 season where Gary Paffett won the DTM drivers’ championship in the last V6 C63 AMG. A total of 9 wins put Mercedes-AMG on the top, winning both the 2018 Team and Manufacturers’ championships.

This car gives collectors a unique opportunity to own the last V8 powered C-class in Motorsport. And if that doesn’t convince you, then you will be surprised (or sad like in our case) to learn that W205 and W204 C63 AMG prices have recently started going up across all markets, do we need to say why again?

And there you have it, the most expensive c-class on the market today is a C63 DTM Coupe. This car is currently listed in Germany by Mechatronics GmbH. It has covered 99,999km.