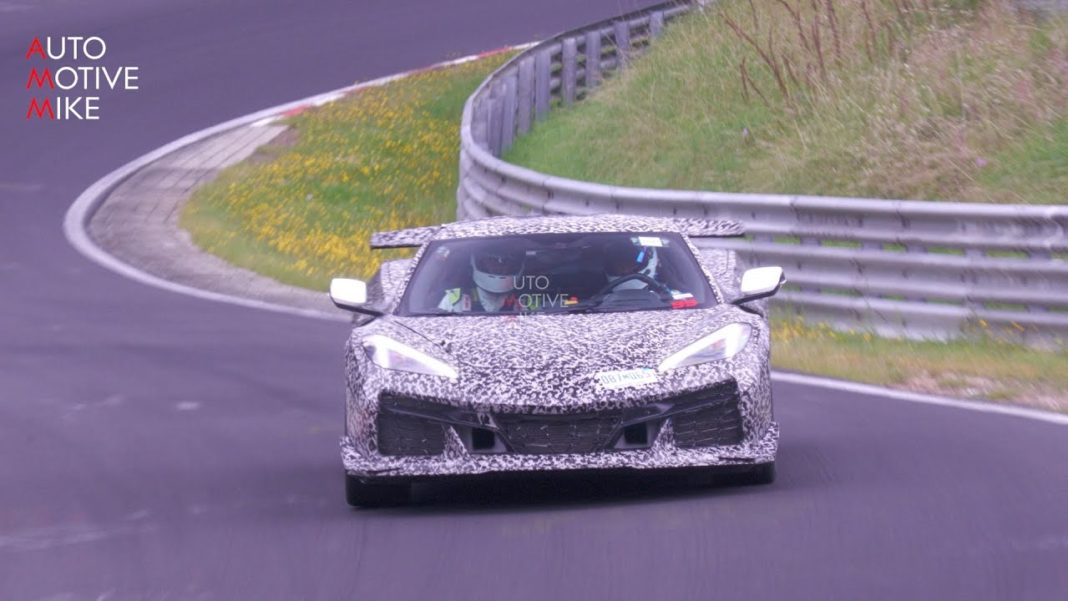 This is the latest video of the 2023 Corvette Z06 which was recently captured at the Nurburgring. The prototype spotted appears to have a large air intakes next to the rear bumpers which suggests an extreme cooling setup has been installed. Additionally, the bumper has been designed with aero elements and dual air intakes which are just as big as the ones on the regular C8.

Technical specifications of the new models have not yet been revealed but there are rumors that the C8 Z06 will be powered by a 5.5L V8 engine from the C8-R race car with a plane crankshaft similar to the V8 fitted in the Mercedes-AMG GT Black Series. While both cars are track oriented road legal cars, the pricing is vastly different with the Black Series prices averaging $600k in the US at the moment due to premiums in excess of $200k.

The new model is said to deliver a maximum output of 617hp at 9000 rpm (not officially confirmed yet) and it will also feature a magnesium gearbox case instead of aluminium to reduce the weight of the vehicle.

An all-wheel drive E-Ray variant fitted with a V8 hybrid is also expected to be launched soon, the variant will deliver approximately 650hp. The vehicle is said to be Zora with an estimated 1000 electrified horses.

The Z06 will officially be unveiled this fall and is estimated to cost $90,000 before options.