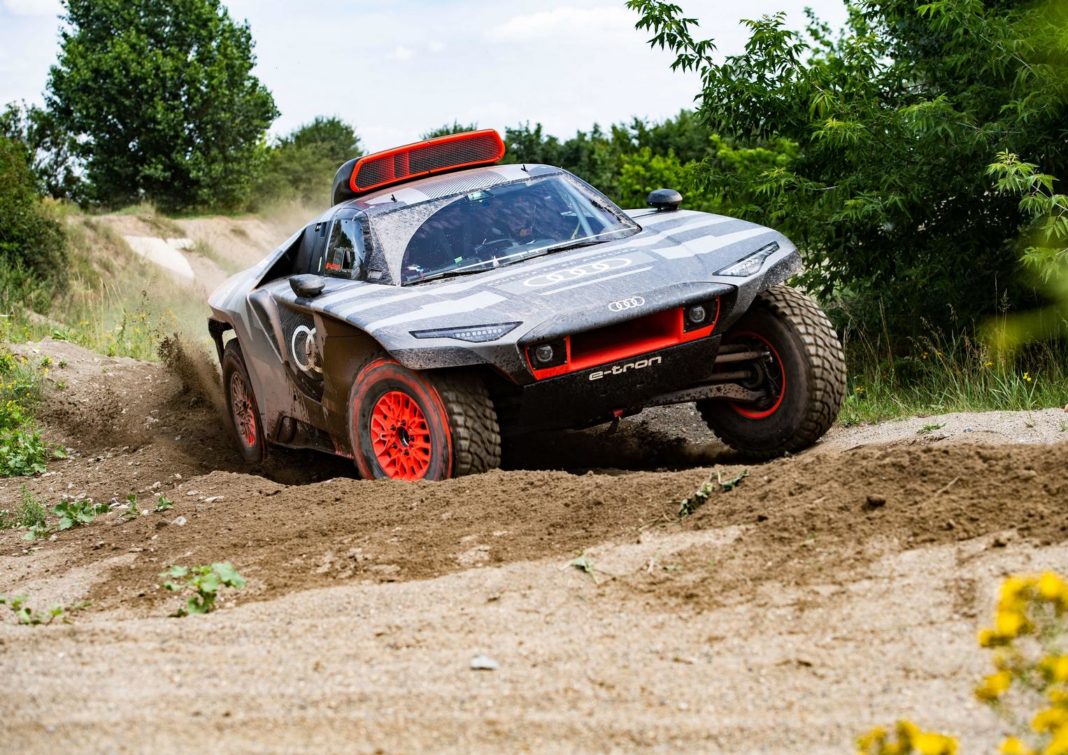 Audi just revealed its upcoming Dakar Rally challenger which is currently undergoing preparations for the 2022 event.

Unlike other competitors, Audi has opted to enter the event with an electric vehicle. This is the new Audi RS Q e-tron which uses the same technology found on the 2021 Audi e-tron FE07 Formula E car. The car is powered by 3 motor-generator units (MGU); one on the front axle and one on the rear axle. A third one is used by the energy converter system to recharge the high voltage battery while driving.

The Audi RS5 DTM car is powered by a new generation 2.0L turbocharged engine that can produce up to 670hp with the boost function. This number is somewhat irrelevant to the RS Q e-tron as the key drivetrain power source comes from MGUs. Oddly enough, the total system output of the e-drivetrain is also 670hp or 500kW.

Like most electric cars, the RS Q e-tron has only one forward gear, the front and rear axles are not mechanically connected. Q Motorsport managed by Sven Quandt will help Audi run the RS Q e-tron at Dakar Rally 2022. Their main goal is to finish the rally, which itself is considered a big success in Dakar.

The Dakar Rally is easily the toughest rally on earth, daily stages can total 800km and run for 2 weeks.