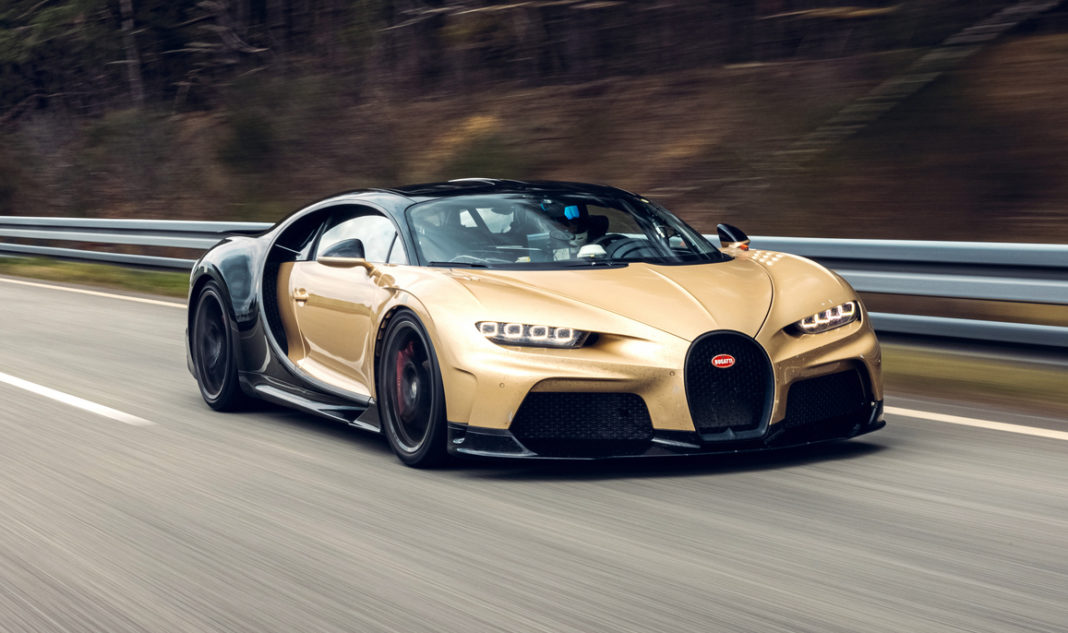 The price of the Bugatti Chiron Super Sport is €3.2 million euros or an equivalent of $3.9 million dollars.

Moving on to the car, the body of the new Chiron Super Sport generates immense downforce in order to counter the uplift forces exerted on the body when the vehicle is at speeds of over 440km/h as well as improve the balance.

The rear part of the vehicle has been increased by 25cm so as to hold the laminar flow for a long period of time, the diffuser cross-section has also been enlarged and as a result, the rear trailing surface is 44cm lower and the slipstream and wind resistance generated are reduced as well.

Bugatti shifted the exhaust system of the new Chiron from the central to the side with the pipes aligned vertically in order to enhance the performance of the diffuser and create more space. Additionally, the side air curtains and the air intakes at the front minimizes drag and improves the air flow from the front to the wheel arches and over the side radiators.

Each fender consists of nine exhaust air holes for releasing air pressure from the wells of the front wheels ergo streamlined downforce is generated at the front axle, the outlets at the back of the front wheel arches help balance out the aerodynamic loads.

In addition, the Chiron is capable of accelerating from 0-200km/h in 5.8 seconds, 0-300km/h in 12.1 seconds and the acceleration from 0-400km/h is 7% faster compared to the standard Chiron. The performance improvement of the Chiron Super Sport was created by the larger turbochargers with efficient compressor wheels, therefore the seven-gear dual-clutch transmission is at full load and full speed transitions from 6th to 7th gear at 403 km/h. The 7th gear boasts a 3.6% longer transmission.

The new Chiron Super Sports features newly developed Michelin Pilot Sport Cup 2 tires which have been optimized for top speeds, offer greater rigidity and they are the only tires capable of up to 500km/h consistently. This is made possible due to the reinforced belts capable of coping with immense forces.