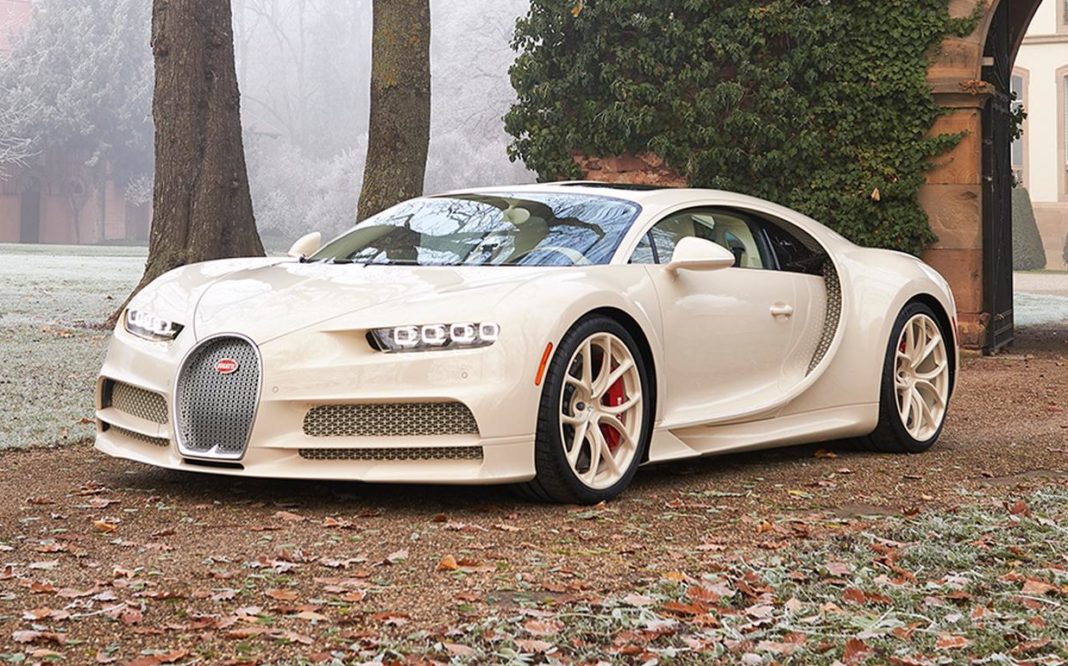 A special commission by Manny Khoshbin that saw the collaboration between two French luxury brands – Bugatti and Hermes. The result was a unique 1 of 1 Bugatti Chiron.

This Bugatti Chiron was individualized in almost all aspects including the exterior color, interior designs and the unique details inside and outside the vehicle. The teams in Molsheim and Paris worked together to bring the application of custom colors, fabrics and materials into reality.

The color scheme of the Chiron was designed by Hermes to match the leather interior which is finished in ‘craie’ whereas the exterior of the Chiron has been completed in off-white, chalk-derived hue envelopes making it a one exterior color vehicle compared to other Bugatti Chirons that consists of two colors for contrast. The ‘Craie’ shade used in the interior of the car was made by Hermes.

In addition, the ‘Craie’ shade has also been used on the rear bumper, all mesh covers, trim parts and also on the ‘classique’ alloy wheels of the Bugatti.

The exterior of the Bugatti Chiron habillé par Hermès also features a horseshoe grille customized with the H monogram from the Parisian brand signature and ‘courbettes’ motif design under the rear wing.

The ‘courbettes’ design consists of sketches of rearing horses to emphasize the immense 1,500PS output power of the Bugatti Chiron, this design was personally chosen by Mr Khoshbin. In addition, Mr Khoshbin also chose the ‘sky view’ glass roof adding two fixed glass panels above the driver and the passenger.

The original Hermes material in ‘Courbettes’ design can also be found on the middle console plate, centre console tray and on the door cards. The exposed engine bay on the top side of the vehicle remains as the only exterior part not finished in ‘Craie’. The brake callipers are finished in ‘ Italian Red’ whereas the door sills have an aluminium finish.