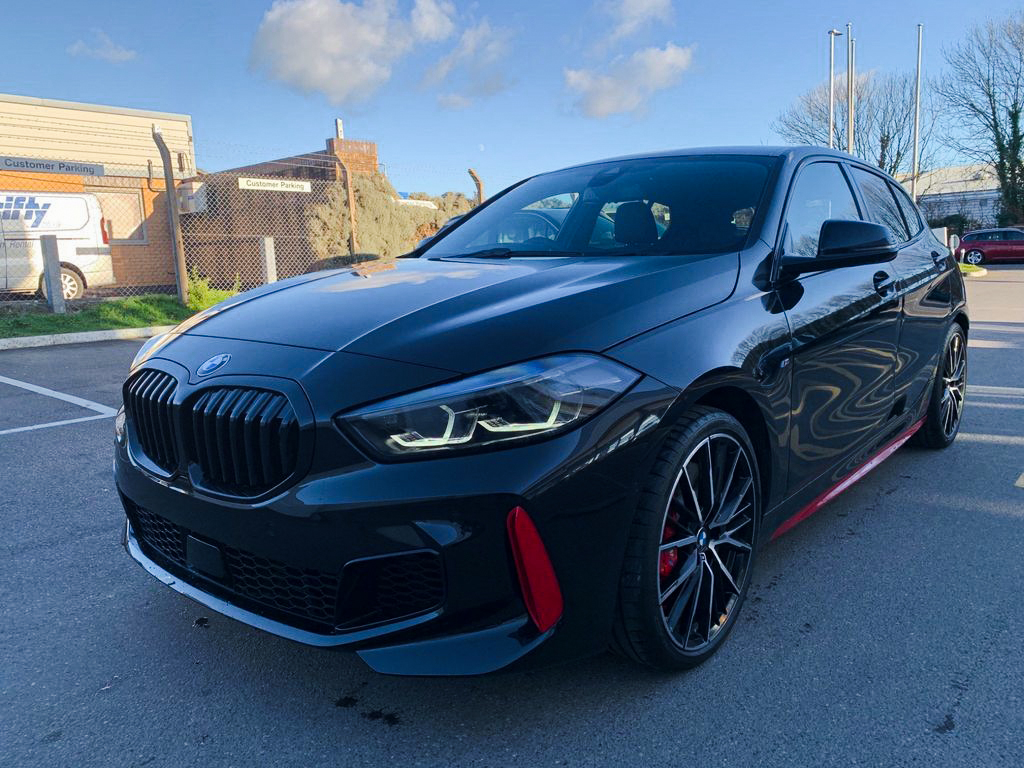 With cars lacking proper public debut in recent times, certain models have gone unnoticed, particularly those that don’t wear grand or popular badges. The VW Golf GTI for example is in it’s 8th generation, and deliveries are in full force. As the best selling hot hatch, little effort is required to introduce such a model. VW even launched a GTI Clubsport variant back to back before dropping the R model, all three models are now on sale.

Back in October, BMW launched a rather hot model that doesn’t wear the “M” badge. Instead, they revived a badge that hasn’t been used since the 90s. Meet the new 2021 BMW 128ti. “ti” here stands for “Turismo Internazionale” or international tourer/touring, a badge that was used on iconic models such as the BMW 1800TI and the 2002 TI before resurfacing in the 90s on the 325ti. 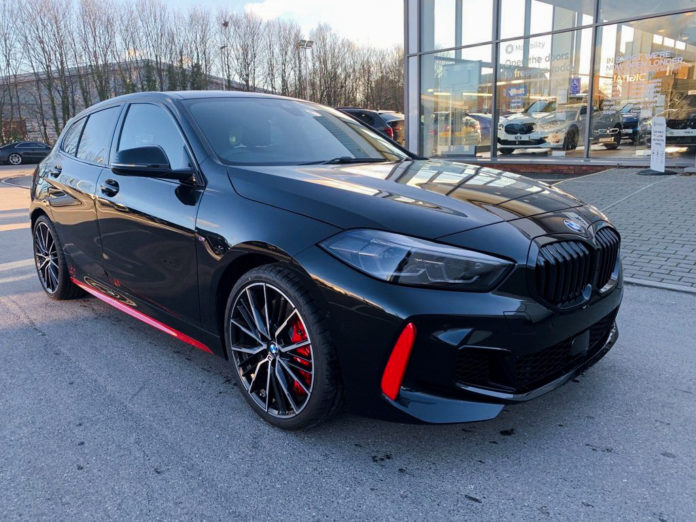 The 2021 BMW 128ti is basically a detuned M135i xDrive, with power going to the front wheels only, a Torsen Limited slip differential is standard. It makes up for the lost power by shedding off 80kg. The 2.0L B48 turbocharged engine now produces 265hp and 400nm torque, the latter is above average for this particular segment of FWD hot hatches. This engine is also used on the BMW Z4 and the Toyota GR Supra 2.0. The 128ti completes the 0-100km/h sprint in 6.1s.

BMW borrowed several components from the flagship M135i xDrive such as the anti rollbars and chassis tuning components. Additionally, drivers will benefit from stiffer springs and shock absorbers that have been adapted accordingly. The BMW 128ti has been lowered by 10mm thanks to the new M-Sport suspension, M-Sport brakes are also available in red which is a first on a 1 Series. Exclusive to the 128ti is a new set of 18-inch Y‑spoke 553M bicolored light-alloy wheels.

Red accents on the seats including Race Red backrests on the rear seats distinguishes it from other 1 Series models. You will also find “ti” badging on the center console and several parts on the exterior, as with other BMW models, the badging is optional and can also be ordered in black. Our black car here has been endowed with the Technology Pack, BMW Individual Lights Shadow Line, BMW Live Cockpit Professional and the 128ti Pro Pack.