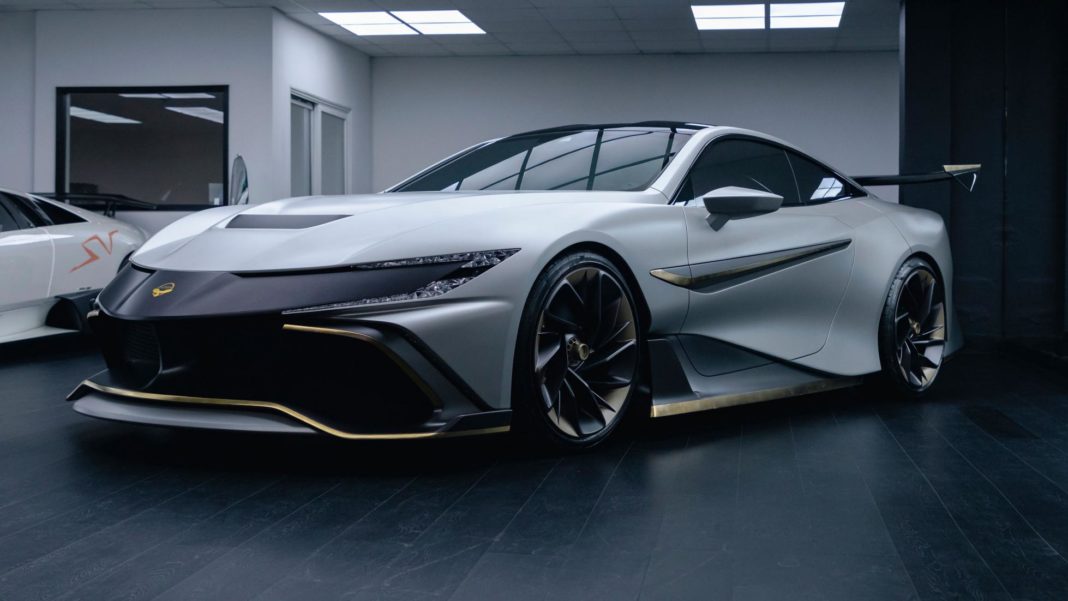 The Naran is the latest of a series of sports cars created by start up companies looking to build a name for themselves in the car industry. It’s built around the BMW M8 super GT with an entirely new design. The company calls it a hyper-coupe and is meant to give thrilling experience of a GT3 car in 2+2 configuration. The company behind it is Naran Automotive, started by Ameerh Naran. Ameerh was raised in Zimbabwe and has experience in the private jet industry which he currently runs in Africa and Asia.

The Naran takes the BMW M8 to new levels, all the parameters from BMW have been maxed out. The 4.4L S63 twin turbo V8 has been bored out to 5.0 liters. It now produces 1048hp and 1036 nm of torque. The sprint from 0-60mph is achieved in 2.3s according to the company’s estimations.

Further to the transmission, The Naran borrows the clever BMW “4×4 mode” found on the new xDrive systems, where one can switch from AWD to RWD using a button, the 8 speed automatic transmission is in play here too but with modifications in order to accommodate the added power.

The company has a mission too: to make the fastest four seat hypercar around the Nurburgring. The Naran will be limited to 49 cars only. Now in design and/or prototype phase the hyper coupe shares a common designer with the Apollo IE and P72 – Jowyn Wong of Wyn Design.

The Naran hypercar
1 of 8

In just a span of 3 years we have witnessed cars like the Apollo IE, DeTomaso P72, Aspark Owl, Rimac One and more go from concept to realization. Confirming further the demand for ultra exclusive cars among supercar collectors.

In the past, the supercar market was dominated by the likes of Bugatti, Ferrari and Lamborghini. Exclusivity was the cash cow for most of these brands, but with some going public and others changing their marketing strategies, the concept of exclusivity shifted from producing a few hundred cars to producing thousands of units. While this makes more money for them, it dilutes the exclusivity feeling among these high end collectors – ultimately forcing them to seek products elsewhere. This was the success base for Pagani and Koenigsegg who understood these needs better. Bugatti’s strategy for example involves numerous limited editions of the Chiron, while Ferrari no longer numbers their limited cars (Pista for example), they instead call it “limited by production time” which basically means they will produce as many as possible within a given time frame – as long as the orders keep coming in.