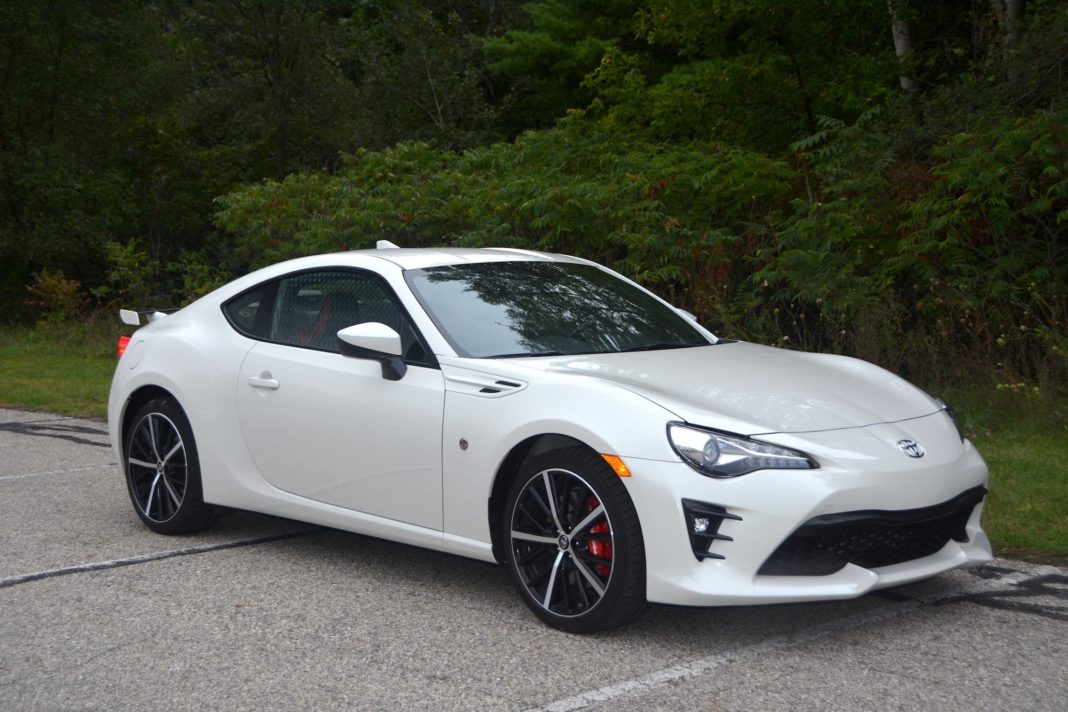 “Would you be interested in driving the 2020 Toyota GT 86?” the Toyota rep asked.

“We’d love to,” I responded. “But we drove and reviewed it just last year.”

“Yes, but this model has the TRD Handling Package, a TRD performance sway bar, and a TRD exhaust system.”

“And how soon could you bring it by?” I asked, wringing my hands with anticipation.

Two weeks later, it rolled into our parking lot dressed in a handsome Halo White with black and silver 18” wheels. We enjoyed the predictable handling dynamics and traditional front-engined, rear-wheel drive layout of the 86 GT the last time we drove it. The manual six-speed transmission kept a smile on our faces as we rowed through the gears, trying to keep the engine on the boil. We were looking forward to wringing out the performance goodies.

The body looked just as sharp and fresh as the 2019 model we drove last year, from the stylized front headlights to the exposed taillights and thin wing spoiler across the rear deck. It’s a nicely balanced design.

Inside is a more colorful interior than the monochromatic one we spent time in last year. This years car had bright red leather bolsters and red leather swipes in the door cards. While not a radical change, the extra color livens up the interior a bit. Both the driver and passenger seats were also heated.

Under the hood is the red crinkle-painted Subaru 2.0L flat-four, making 205 hp and 151 lb-ft of torque. It redlines at 7500rpm and pulls stronger the closer it gets to it.

It’s hooked to a very nice 6-speed manual transmission. The clutch is light and the shifter readily slips from gear to gear without any notchiness or hesitation.

The power is transmitted to the rear wheels through a limited-slip differential that makes positive traction and keeps the rear power distribution more evenly balanced. 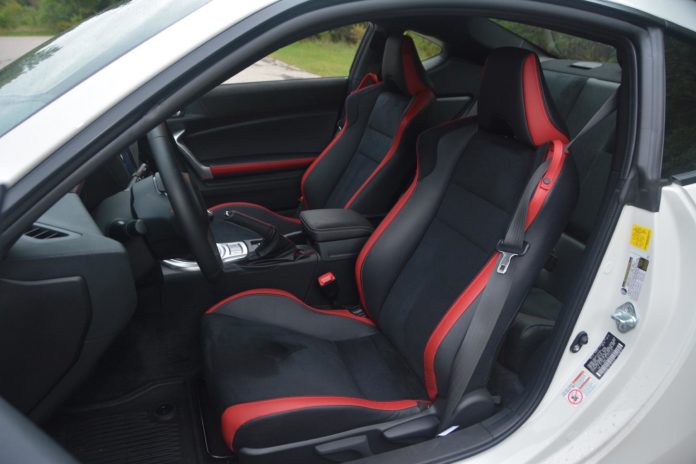 But what we were interested in were the TRD (Toyota Racing Development) performance parts. Replacing the MacPherson struts are Sachs dampers and red Brembo brakes. This makes up the TRD Handling Package. The Sachs dampers provide a slightly firmer ride than stock and, combined with the TRD sway bar, less lean in corners. The Brembo calipers and ventilated disc brakes do a great job of stopping the car and they provide great feedback, without sponginess or grabbiness – just firm, controllable, and predictable stopping power.

Driving some entertaining local roads with a variety of dips and hills and a vast assortment of corners, the improved suspension felt more confident than the stock suspension, keeping the motion of the car’s body in check better while keeping the wheels glued to the road and soaking up the road’s imperfections. There was a noticeable improvement over stock, and we’d heartily recommend the TRD Handling Package if you’re a true driver and love a responsive car on good roads or the track.

Our car also came with the TRD Exhaust System. This is more than just larger oval exhausts for show, this improves the sound of the car immensely. As you wind that little 2.0L engine out to redline, you can better enjoy the sounds that the boxer engine makes. And they’re good sounds too. It’s a little louder than stock, but every time you step on the throttle and hear that exhaust sound it’s worth it. 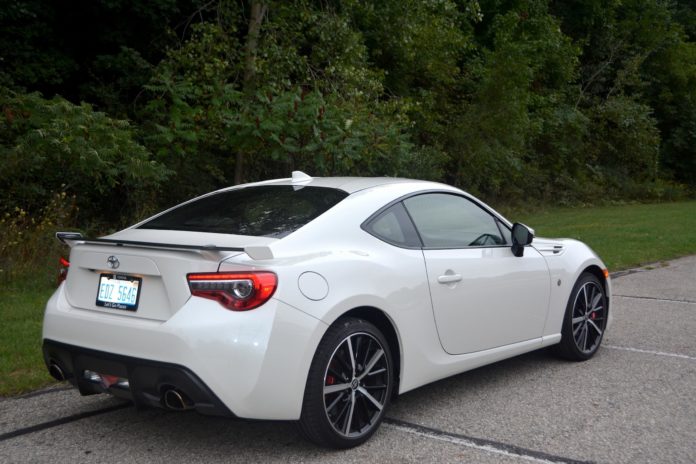