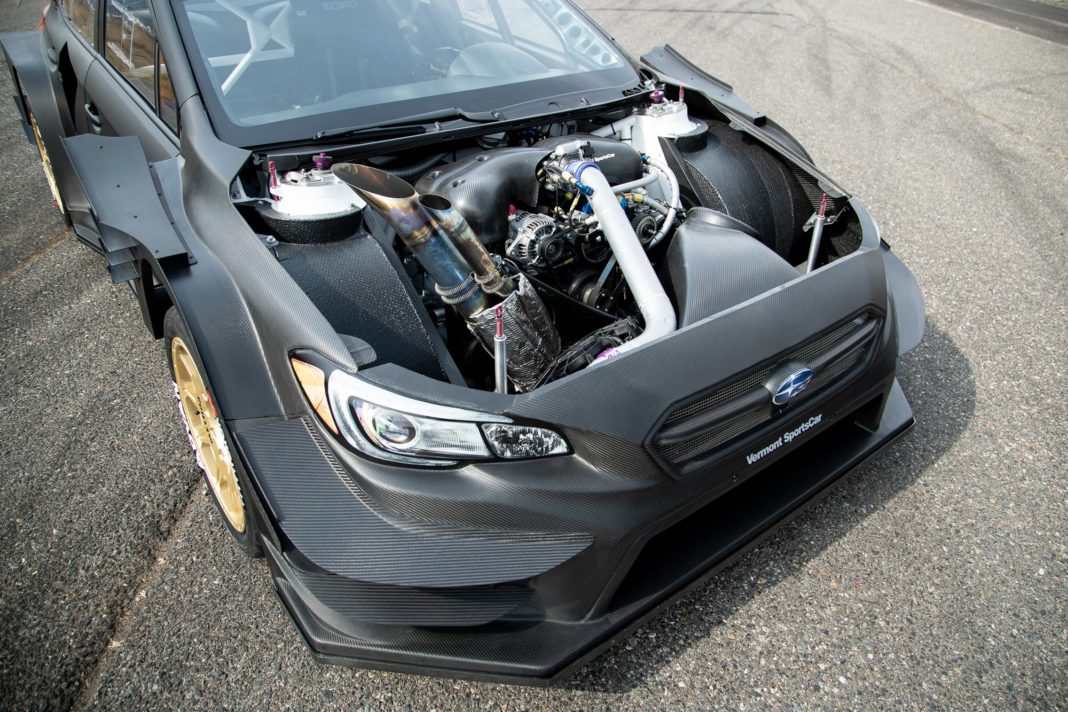 Subaru did the first 2 Gymkhana when Ken Block drove a WRX STI, making the series extremely popular. It was also at a time when Subaru was still very active in world rallying. The next Gymkhana installments would feature different cars altogether, and with Subaru exiting the main world rally stage, the WRX STI (especially the current generation) has lacked the proper attention it deserves. Worth noting Subaru Motorsport USA is still very active in rallying.

In fact, for the 2020 Gymkhana installation, Ken Block will step down for Subaru’s driver Travis Pastrana, who also needs no introduction. Pastrana set a new record at the popular Mt. Washington hill climb in a Subaru WRX STI. For the next Hoonigan Gymkhana series, Subaru USA created a rather wild WRX STI which Pastrana will be driving. High powered, super lightweight and intensely modified.

Pastrana calls the new build “unbelievable” and it’s unlike anything ever seen before on the Gymkhana series. Full raw carbon body with a hood exit exhaust that spits flames, wind tunnel tested aero parts (including those radical dive planes) and so much more.