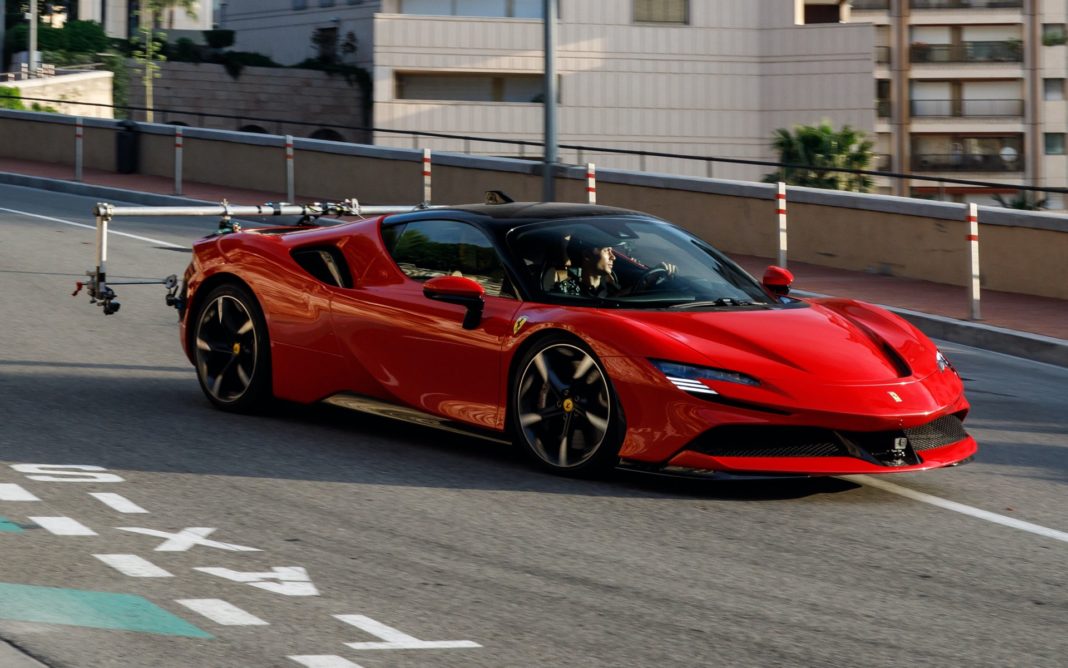 Chances are you’ve probably seen the Claude Lelouch classic C’était un rendez-vous. If you haven’t, you should. Shot in 1976, in a single take, at high speed through Parisien streets, it is automotive gold dust.

The film follows the Mercedes-Benz for an early-morning dash through the streets of Paris. With Lelouch at the wheel, the films follows a journey from Boulevard Périphérique to the Sacré-Cœur where his girlfriend awaits. A romantic dash through the twilight hours.

The French director shot the film from the bumper of his Mercedes-Benz 450SEL 6.9, dubbing the sound of a Ferrari 275 GTB over the top of his footage. The film has attracted much attention in the past. Whether through moral outrage or sheer romance.

Charles Leclerc is at the wheel, he performs a lap of the Formula 1 track before picking up Prince Albert for a second. On his return, a woman named Rebecca (Rebecca Blanc-Lelouch, granddaughter to the original 1976 couple) awaits with a bunch of flowers. The Rendez-vous? Well… there isn’t one.

The one redeeming feature? We get a glimpse of the Ferrari SF90 Stradale in action. Ferrari revealed the 1,000 hp hybrid supercar last year. Leclerc reportedly hit speeds of 240 km/h on the streets of his hometown. Not that far off the performance of his Formula 1 car!

Let us know what you think in the comments box below.