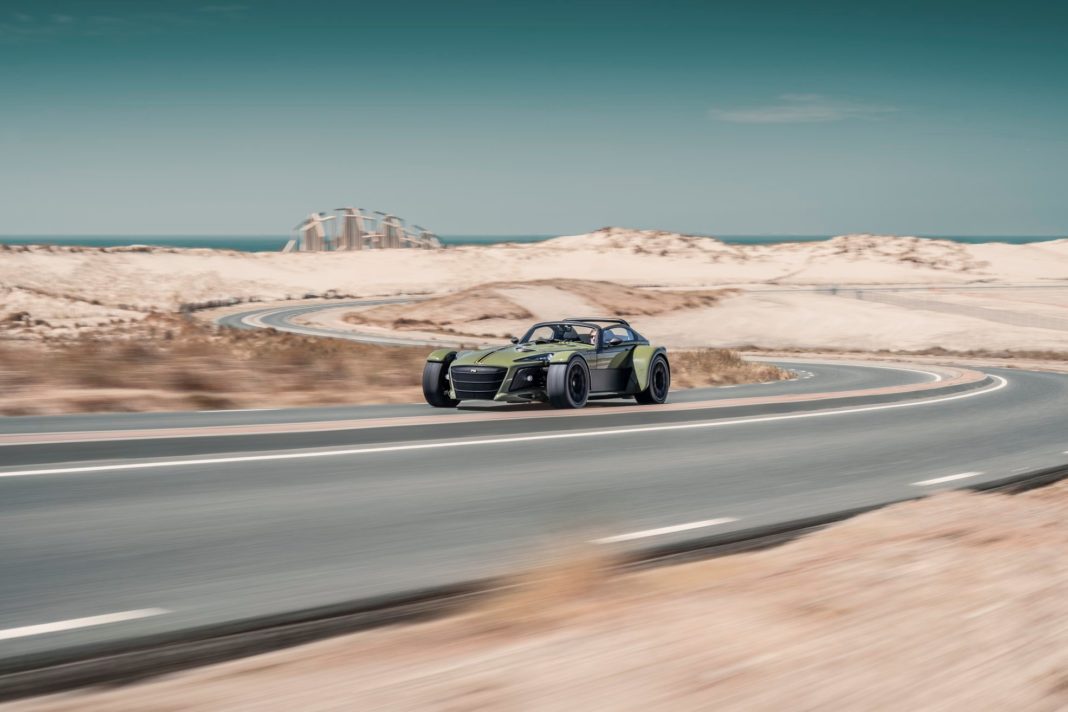 The Donkervoort D8 GTO-JD70 was revealed earlier today. The Dutch low volume manufacturer has been producing ultra-lightweight sportscars since 1978 out of its headquarters in Lelystad.

In recent years, the Donkervoort has grown more extreme. For example, the GTO, announced in 2013, used 2.5 litre TFSI 5-cylinder turbocharged Audi engine to produce 380 hp in a 700 kg package. The Donkervoort ethos, “No Compromise”, means these cars ship without ABS, ESP or power steering.

With this in mind, Donkervoort’s latest creation seems all the more absurd.

Donkervoort are offering the special edition D8 GTO to celebrate its founder’s 70th birthday. As such, 70 will be produced, one for each year of founder Joop Donkervoort’s life. So far, the company confirms that more than half have already been sold.

A new exhaust system has been developed, allowing the car to pass the EU6D-Temp emissions tests. Donkervoort even managed to fit a standard particulate filter into the package and to exit at the side.

The transmission is mainly derived from Tremac, a close-ratio, five-speed manual. The gearbox gets a short-throw gear lever, reinforced synchromesh and gear lockings. The differential is a mixture of Dutch and British parts.

The engine sits in a hybrid chassis, which uses a tubular steel ladder frame and carbon-fibre elements. Breaking with its tradition, the D8 GTO-JD70 has EPS as an option. Italian firm, Tarox provides the braking performance. The system does not use servo assistance, though a Bosch Race ABS system is an option for track-focused drivers.

Nankang has now become Donkervoort’s preferred tyre supplier. It supplies an AR-1 compound tyre which allows the D8 GTO-JD70 to his 2G in lateral force. By way of comparison, a Porsche 991 GT3 RS.2 manages just 1.24 g.

In terms of aerodynamic work, the JD70 gets a new second rear diffuser delivering an additional 80 kg of rear downforce while the redesigned front nose gives 50 kg more at the front. The bodywork is a carbon-fibre Kevlar blend which can be finished raw or painted.

The Donkervoort D8 GTO-JD70 is available in various specifications, at its lightest, it weighs just 680 kgs. Weight is saved through the use of carbon fibre, single piece doors and a lithium-ion battery.