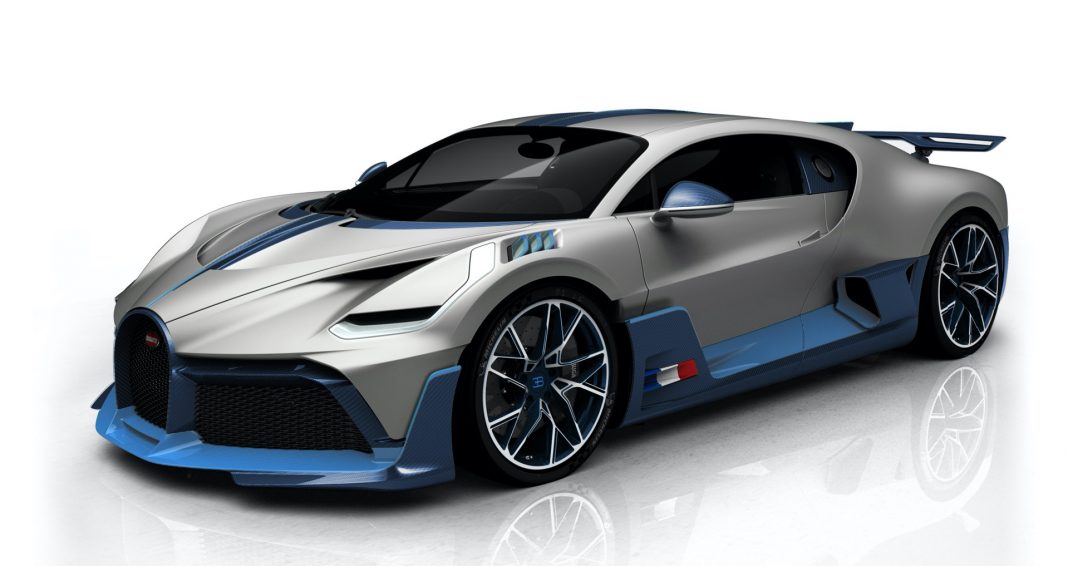 Bugatti recently announced that the Bugatti Divo had completed development. Customers are expected to receive the first examples later this year. To whet our appetite, the French hypercar manufacturer recently shared a new set of configurations for the French hypercar.

Customers were given the opportunity to completely customise their car with Laure Beneteau, Sales and Operations Manager at Bugatti. She works alongside three other Bugatti employees and the rest of the 15-strong customisation team, called “Bugatti sur Mesure”.

In theory, the choice of colours is unlimited. Bugatti explains: “some customers have their own ideas, such as family crests, national flags, their own logos or special colour schemes”. Customers are able to choose the colour of body panels, decorative parts, the roof, engine covers, and other components.

Bugatti has revealed some of the more personal touches it has applied to cars over the years. These include a child’s footprints on a rear panel, the first name of a customer’s partner embroidered in the door pockets, and crystals mounted in the cockpit.

It is also possible to design individually grilles or to have logos applied to the underside of the rear wing.

Bugatti also revealed general trends by region. It sees that Asian customers tend to request more unusual colours and prefer effect paint, while the European market tends to choose more restrained tones. Customers from the USA or the Middle East, on the other hand, like to order eye-catching and extravagant colour combinations.

The first configuration revealed by Bugatti includes a dark grey body with exposed carbon fibre accents. Painted stripes pay homage to the french flag with the red, white and blue running down the middle and on the fender vents. Inside, this model blends blue and black leather, with exposed carbon fibre and red and white alcantara. The text in the passenger footwell appears to read “vive la marque”.

The second example blends a unique shade of grey/gold with exposed and painted blue elements. This care also features the french flag displayed prominently at the front brake vent. Inside, this model opts for what looks like a dark blue leather dash, accented by light grey alcantara and black alcantara for the seats.

The next example is the boldest of the lot. Wearing a bright yellow, accented by dark black carbon fibre, a touch of white around the headlights adds something a little different. The interior gets a very stylish blend of black leather, alcantara and chrome work, accented by subtle touches of yellow.

The final example features white as the dominant colour, again accented by carbon fibre lower panels and with the french flag permeating the brake vent. The light accents are silver and the fender vents appear to feature rent accented fins. Inside, the theme is blue leather and alcantara with silver accents and plenty of exposed carbon fibre.

Each Bugatti Divo customer, and there are 40 of them, has paid 5 million euros for their car. Bugatti’s CEO, Stephen Winkelmann recently revealed that the entire production run is accounted for with admission predicated on owning a Chiron.

The Divo is a substantially different model from the Chiron. Focused on cornering instead of outright pace, the Divo wears completely new skin. Increased downforce, improved cooling and optimised airflow, all three elements contribute to improved handling characteristics. The Divo manages 90 km of additional downforce.