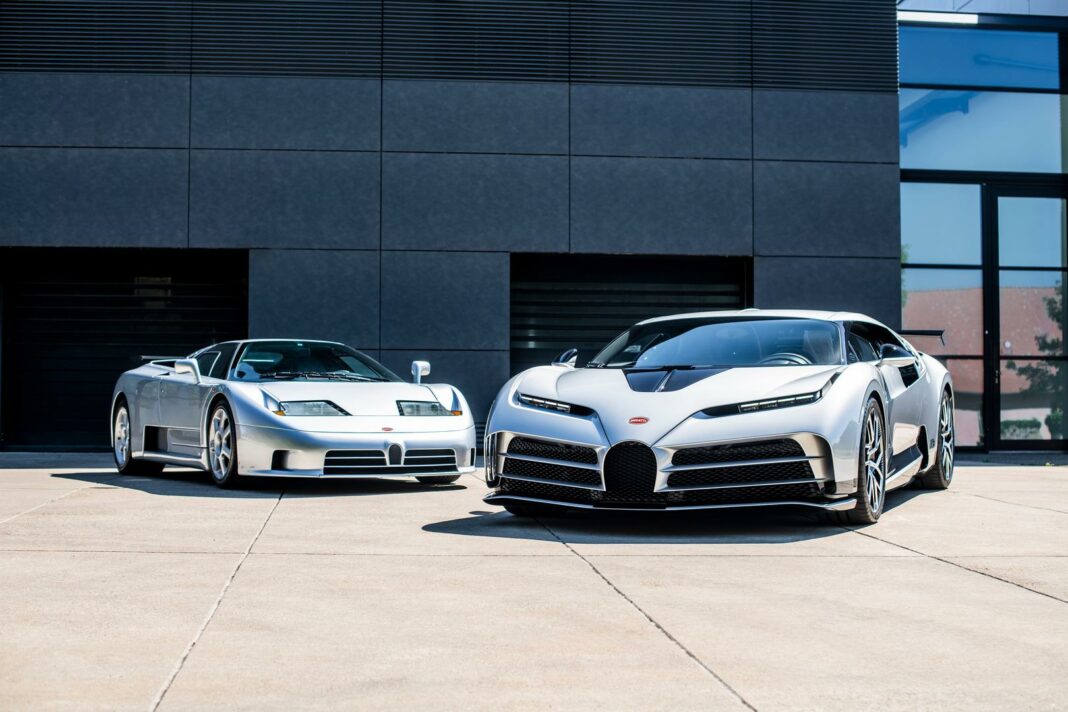 As production of the Centodieci continues, the latest customer example of this few-off creation clearly illustrates the design evolution between the legendary EB 110 Supersport and its modern coachbuilt descendant.

The Bugatti Centodieci is a limited-edition hyper sports car inspired by the legendary EB110 Supersport. The EB110 was designed and produced in the 1980’s and 1990’s during the Romano Artioli era of Bugatti and it was a lighter, more powerful iteration of the EB110 GT completed with new design including a fixed rear wing.

The similarities between the Centodieci and the EB110 are immediately obvious. The Supersport features five cooling holes in the B-pillar to ensure sufficient air is delivered to the 3.5 litre quad-turbocharged V12 engine, that air then washes through the glass covered engine bay and exits through the ten slots at the rear.

In the Centodieci, the same elements are reinterpreted and modernised. The air enters through the five cooling ports in the apex of the newly shaped Bugatti C-line and goes directly to the W16 engine with a glass cover inspired by the EB110 and comes out through the rear including in between a new light signature that mimics the vents on the EB110.

In addition, the rear of the hyper sports car has been fitted with an enlarged rear diffuser that houses modern vertically stacked quad exhaust inspired by the EB110 Supersport twin pipes.

Paying homage to the EB110 meant the design team had to focus on reimagining the iconic silhouette, which meant creating an entirely new roofline and profile with a front that sits much lower and a rear that sits much higher.

Bugatti Centodieci will be hand-built in the Molsheim Atelier, the production will exclusively be limited to 10 units and delivered to customers until the end of the year. All the units are already sold at a unit price of 8 million euros.