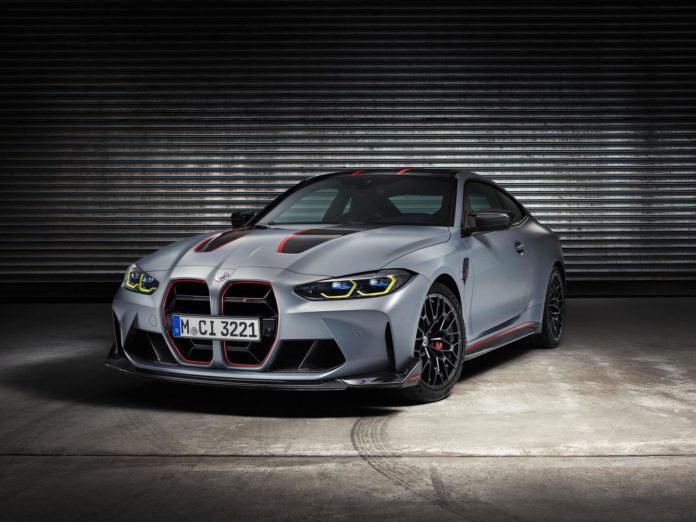 The first hardcore model is here, meet the new 2023 BMW M4 CSL which will be limited to 1,000 units worldwide. The ‘reggular’ M4 Competition is already making statements around the world as deliveries keep on rolling, what more could the new M4 CSL bring to the table? Let’s find out.

Let us get the specs out of the way, see the table below.

As you can tell from the specs above, the new BMW M4 CSL is a more powerful version of the M4 Competition. It’s faster and lighter, and even posted the fastest Nurburgring lap time ever done by a series production BMW. The time was 7 min 15.6 seconds around the Nordschleife circuit.

There is no xDrive here, just pure rear wheel drive thrill from the ultimate driving machine that is the M4 CSL. BMW is celebrating 50 years of M-Power this year, and the M4 CSL will be paraded around various public shows including Villa d’Este on May 20th where it will make its official debut. The 24 Hours of Nurburgring race on May 28 will see its second debut, before heading off to the UK for the 2022 Goodwood Festival of Speed in June.

The CSL badge is not applied on just any model, it carries a deep heritage within BMW and is mainly associated with weight rather than power and looks. It also comes with exclusivity, that is production is always limited. The BMW 3.0 CSL from 1972 was the first model to be adorned with this badge, back then it stood for “Coupe Sport Lightweight”, only 1,265 cars were made.

The “Coupe Sport Lightweight” was again used on the E46 M3 in 2004. The BMW M3 CSL was 110kg lighter than the regular M3 thanks to the extensive use of carbon fiber on the roof and body panels. Only 1,383 cars were made.

Today, the CSL badge stands for “Competition Sport Lightweight”, and that’s because the “CS” badge also goes on 4 door models like the M3 sedan in recent times. The new M4 CSL is 100kg lighter than the regular M4 Competition thanks to the use of carbon fiber reinforced plastics and deletion of several items.

The M carbon full bucket seats are 24kg lighter than regular M4 seats, they look super aggressive too and that’s something considering how the M4 Competition seats broke the internet after debut. The rear seats of the M4 CSL have been deleted because racecar, shaving a further 21kg.

Everything about the M4 CSL screams weight saving – the light alloy wheels, carbon ceramic brakes instead of steel, reduced sound proofing and a light titanium exhaust system. Carbon fiber extends to the bonnet and boot lid among other body panels.

BMW opted for Frozen Brooklyn Grey metallic as the launch color, red accents on the hood, roof and rocker panels complement the overall look. Two other colors are available, Alpine White solid and Sapphire Black metallic. CSL badging can be seen on the splitters and the kidney grille.

One of the coolest thing about the M4 CSL is the optional BMW Laserlight headlights with yellow low and high beams like the GT racing cars.

Carbon fiber dominates the interior starting with the center console, the interior is identical to modern race cars and has been stripped of non essential items. CSL badging can be found on the head restraints.

Adaptive M Suspension is the highlight of the suspension on the M4 CSL. The car sits 8mm lower than the M4 Competition Coupe, aluminium strut bars in the engine bay ensure the ride feels agile as it should be.

BMW has not given the price yet, we estimate it will be around the 170,000 euros range including VAT in Germany. Production will kick off in July 2022 at the Dingolfing plant