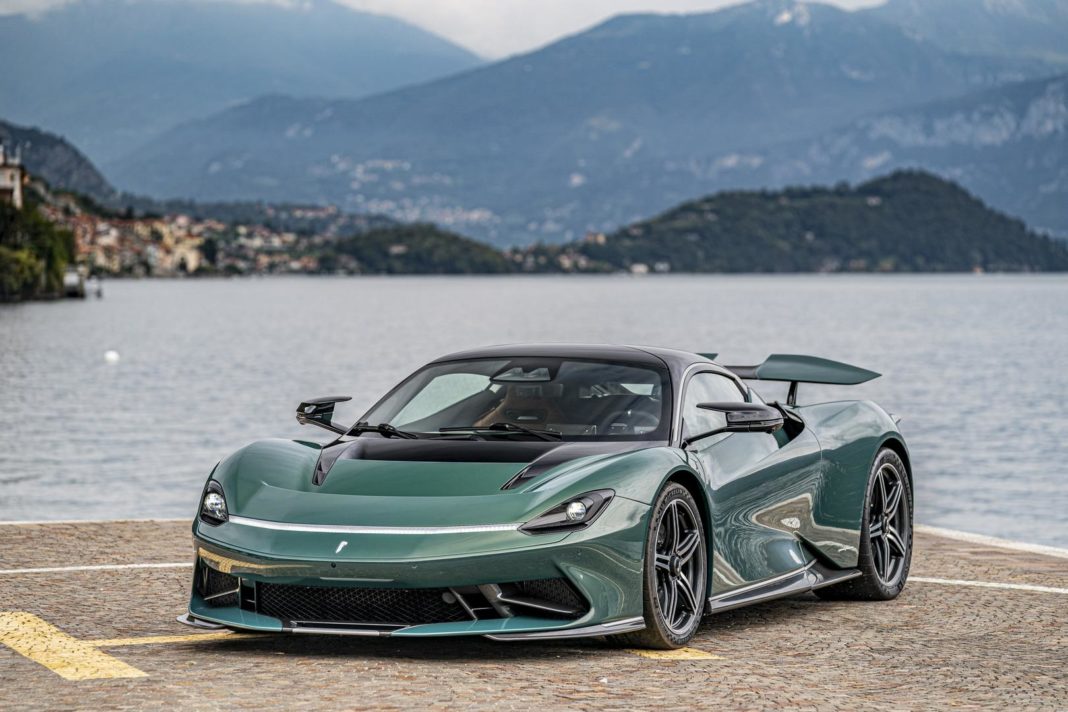 The Pininfarina Battista made an appearance at the Villa d’Este 2021, sporting a shade of Verde Paradiso. The car went ahead to win the coveted Design Award at the same event, adding to the list of awards it has won since its debut at the Geneva Motor Show in 2019.

The model features hand-finished exterior elements, these include the Verde Paradiso metallic paint, Carbon Accent Pack for the lower body and diffuser, ‘Goccia roof’ with Black Exposed Signature Carbon combined with a Nero finish and an Exterior Jewellery Pack with anodised aluminium accents.

In addition, the exterior of the vehicle has also been equipped with a set of forged aluminium Impulso Gloss Black alloy wheels with anodised aluminium centre-lock rings and brake calipers finished in Silver.

The interior on the other hand features a Tan leather upholstery with quilting for a more luxurious outlook, the seats have been fitted with matching Tan seat belts and a Black Exposed Signature Carbon detailing and the Interior Jewellery Pack consists of anodised aluminium detailing with the floor mats and steering wheel finished in Black.

The Battista is powered by 4 liquid-cooled permanent magnet synchronous electric motors that are located on each wheel. They have a total output of 1900hp, the 120 kW⋅h battery pack comes from Rimac. Pininfarina claims a 0-100km/h time of under 2 seconds and a top speed of 350km/h. Pricing starts from $2 million.