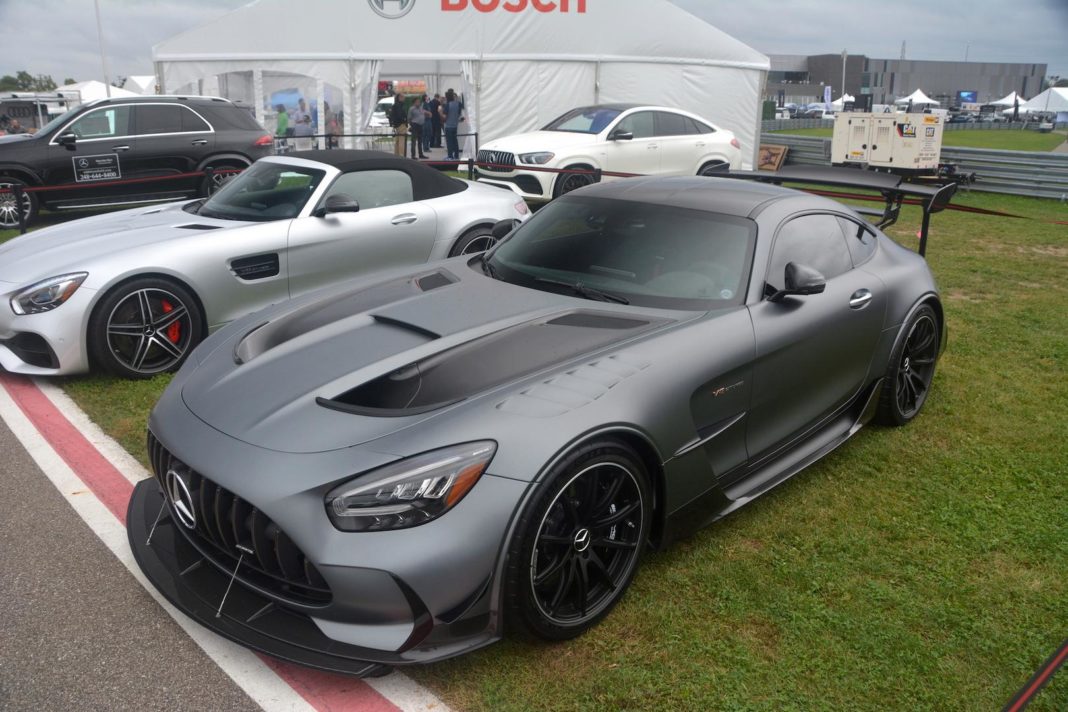 It was the best of times, it was the worst of times. So much promise, so much rain.

In 2020, the Detroit Auto Show planned big changes to try to recapture it’s former influence. It was moving to the warmer weather of June, finally forsaking the cold dismal January weather. There were to be outside events. Ride and drive opportunities. Food trucks. It all sounded promising and we were really looking forward to the new format.

Suddenly the world’s auto show events cancelled en masse and Detroit had no choice but to follow. While Motor Bella, already in the planning stages last year, held out hope of a September event, it too was wisely cancelled. But now, with the worst of Covid being over but with people wary of indoor events, Motor Bella saw it’s opportunity and bravely moved forward for 2021. 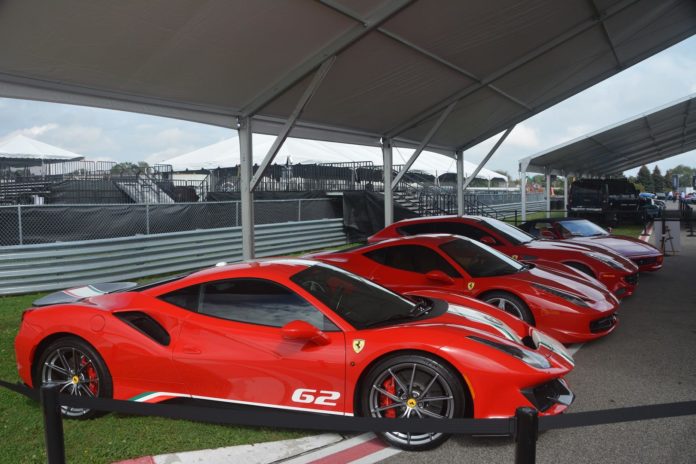 Held at Concourse1, a swanky private race course in the suburbs of Pontiac, MI (near the wealthy Detroit suburb of Bloomfield HIlls), the infield and track were already full of displays by the time the journalists arrived. Tents were set up to protect from the sun and rain, flags were flying, and sheet metal was shining, despite the overcast and rainy mist occasionally falling from the sky. Some of the displays had been set up by area car dealerships to show off a sampling of the products they offer. Many industry suppliers also set up displays and tents presenting their products and trying to recruit new talent. As for actual auto manufacturers, none of the manufacturers outside the US could gain access due to governmental Covid regulations, which left only the domestic American manufacturers.

General Motors had a small display of performance cars on the track infield but Ford and Stellaris (formerly FCA) invested heavily in establishing a large presence here. Set up on the periphery of the track, they’ve set up several ride and drive events. At the main entrance, Ford has several cars available for test drives, including the new Mustang Mach-E electric sports car and the new full-size Bronco. They also have two ride-along events inside the track: one is a track-time ride in the Mach-E and the other is a Bronco off-road demonstration ride that includes a sand trap, steep metal frame hill, water fording tank, and uneven ramps to demonstrate the fully-independent suspension. Off in another corner of the track property, Stellaris brought in some heavy equipment and tore up the ground to build an off-road obstacle course for Jeep and a dirt run (complete with jump) to demonstrate the Ram TRX sport truck’s capabilities. 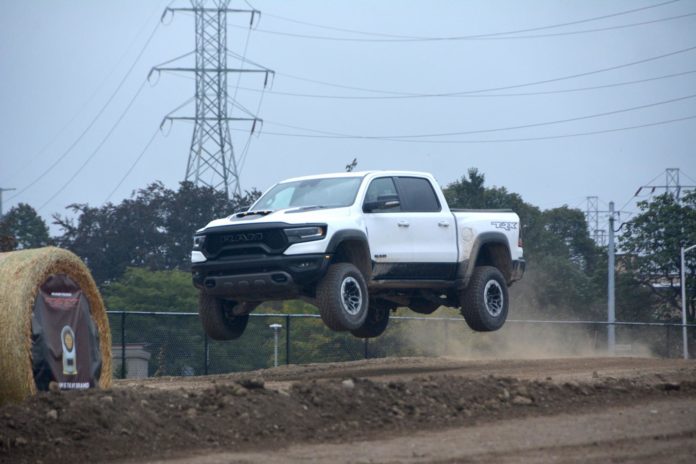 One of the high-end luxury dealerships is also promising track drives in some exotic cars but they weren’t running during press days. There appeared to be two luxury dealers hosting a plethora of Ferrari’s, Lamborghini’s, McLaren’s, Corvette’s, Roll-Royces, Maserati’s, and Aston-Martins. If they haul even a few of those out for rides, they may even eclipse the Ram TRX drive.

Throughout the day, there were a few press conferences in the main building but nobody took the opportunity to announce anything earth-shaking.

Despite the uncertainty of the new format, despite the weather threatening to drown the event out, and despite the threat of Covid still lurking about, Motor Bella seemed to get people excited as the day wore on. It was not only a return to some sort of auto circuit routine but it was an interesting change for the auto show format, especially for Detroit. People seemed to be having a good time and that was encouraging to see. Even the sun came out for a few hours. Depending on how public days goes, and how Covid develops, Motor Bella could continue to grow and develop into something really innovative. Here’s to the future!