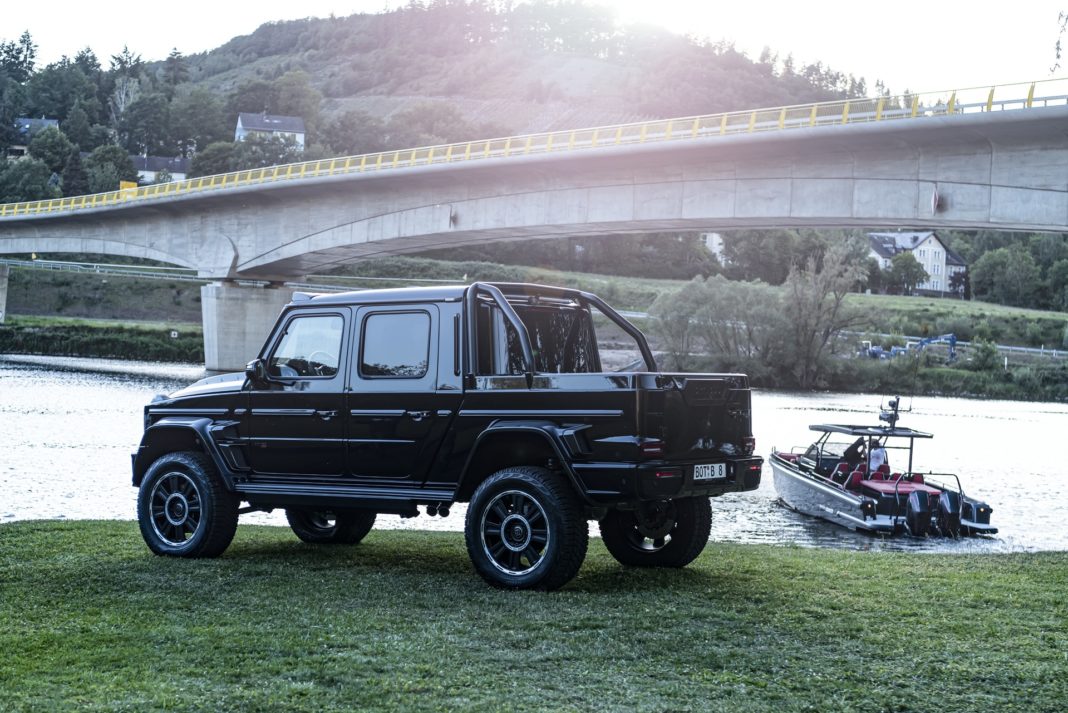 BRABUS is a brand that commands respect, whether or not ‘BRABUSizing’ anything from a Smart Car to a Mercedes-AMG 6×6 is to your liking or not, you cannot argue with the reputation or success of the Bottrop based tuner. To demonstrate the breadth of ability of the company, BRABUS invited GTspirit to Dusseldorf to experience a slice of the BRABUS lifestyle for ourselves, and boy, we were in for a treat.

Arriving at the harbour side Hyatt, we could not help but notice the BRABUS x Panerai branding on everything from the shuttles to the flip-flops we were given. Why flip-flops? We had an appointment on a house boat where the alliance with the iconic Swiss watchmaker would be explained. This is the first time the two brands formed a partnership, to mark the beginning of the collaboration, Panerai debuted its first-ever skeletonized automatic movement in daring, high-end watches inspired by the design of the BRABUS “Shadow Black Ops” series of boats.

Available in a limited run of only 100 pieces, the Panerai Submersible S BRABUS Black Ops Edition (PAM01240) is the product of 3 years of development, which resulted in features like a patented polarized date display, allowing a view of the date indication only through the opening at 3 o’clock, without covering the mechanics of the skeletonized movement. Wait a minute, did you say it is inspired by the design of a BRABUS boat?

Get your snorkel on and meet the BRABUS Shadow 900. 900? Yes, 900 horsepower in a boat! We don’t know much about boats, but the Shadow 900 range benefits from Mercury Marine’s latest dual 450R Verado XL 4.6 litre V8 FourStroke engines with Joystick Piloting for easy docking and manoeuvring, and that sounds spectacular. The forces and sensations on the water are mind blowing, with unbelievable agility and crazy cornering speeds on the derestricted waters of Dusseldorf.

900 is a number that is not just special to BRABUS boats, it’s not uncommon to see that number on a badge of a BRABUS ROCKET… and there’s a new one, a crazy one. Meet the fastest SUV in the world, the BRABUS 900 ROCKET EDITION, based on the Mercedes-AMG GLE 63 S COUPÉ 4MATIC. Just 25 of these maniacal machines will be built, each hitting 100km/h in just 3.2 seconds and onto a top speed of 330 km/h (!).

How? Well, the displacement has been stroked out to 4.5 litres and now produces 900 horsepower and a bonkers 1250 Nm which has to be electronically restrained to 1050 Nm. Visually, the iconic BRABUS treatment has been applied with a punchy new bodykit and spectacular 24-inch wheels with carbon-fibre aero-discs. This car is as sensational as the numbers would suggest. On the Autobahn you hit the pedal and feel the front end rise as it rides the torque and power before blasting towards the horizon with relentless brutality. Accompanied by a raucous exhaust bark, this ROCKET EDITION feels like a BRABUS, it is wild, over the top and is set on obliterating anything you could come across on the highway. If you see this in the mirrors, move aside unless you’re in anything less powerful than a Bugatti Veyron.

BRABUS demonstrated the power of its branding and quality on a fun filled day which highlighted how diverse and accomplished the company has become. There is a coherent, consistent feel and image that is applied to every project they work on. It is impressive, we look forward to see what the future has in store for BRABUS. 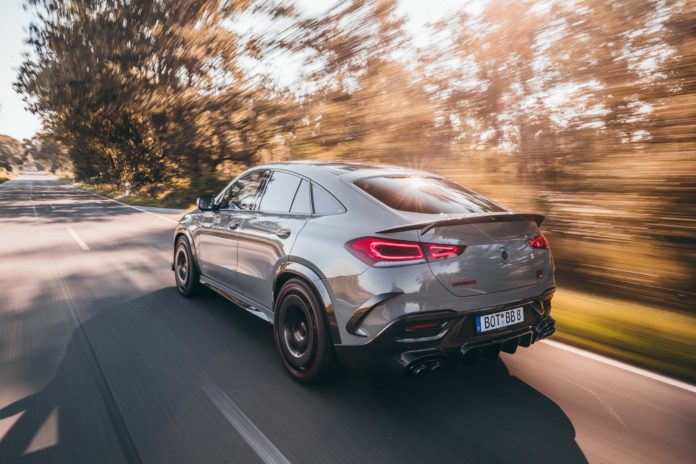