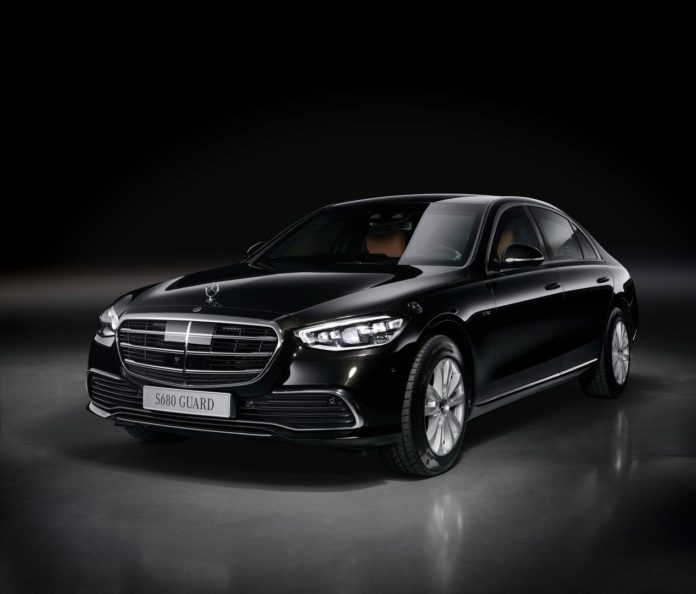 The core of the iSS is represented by the self-supporting protective cell, the aluminium outer skin of the model serves as a design shell and ensures the appearance is unnoticeable and the adaptation of the transmission, engine and transmission enhance the handling and performance of the vehicle.

The unseen armoring elements equipped in the new model includes; the transparent area of the window and a thick multi-layered glass ‘sandwich’ that meets the requirements of the VR 10 safety classifications. The inner surface of the glass is coated with polycarbonate for protection and it doesn’t affect the visibility.

The iSS concept has also been applied in the interior space, the four and five seater versions features more than 80 personalized options for the S-Class including active ambient lighting, media display with OLED technology, First-Class rear suite and rear airbag.

Thorough tests for the new model were carried out by the only testing and certification body for weapons, ammunition and safety technology in the German state of Baden-wurttemberg, Beschussamt Ulm. According to the standard VPAM BRV version three (Bullet Resistant Vehicles), the new Guard S-Class meets the requirements of the highest civilian protection class VR 10 as well as the requirements of Germany’s Federal Criminal Police Office (BKA).

Additionally, the test was to ensure the vehicle can withstand fire from an assault rifle using armour-piercing ammunition.

Furthermore, protection from blast attacks will be documented with the latest version of the VPAM ERV (Explosive Resistant Vehicles) as standard and by compliance, the Guard S-Class was the first vehicle to complete the test and achieve top scores of 3/3 in all the three test (roof, floor, sides). The test indicated no damage to the human-like dummies or the indicators. 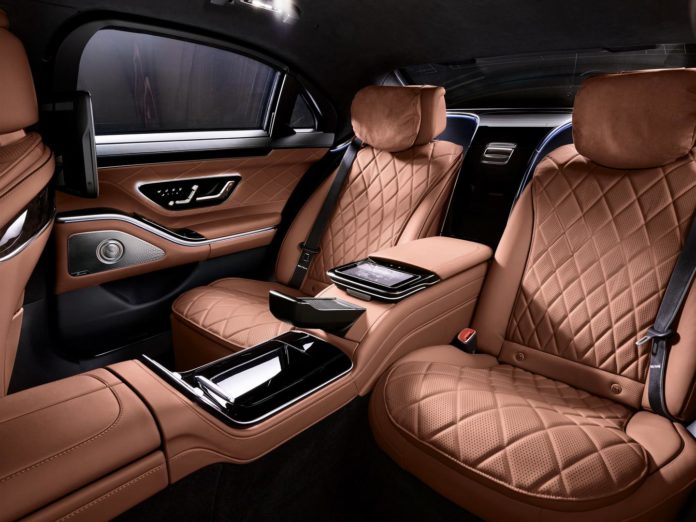 Other technical refinements equipped in the vehicle include, new door actuators with electro-mechanical system which allows only low operating forces when opening and closing the door, high-intelligence hydraulically operated window lifters which can function even when the on-board power supplies dies, fire extinguishing system with automatic triggering function and emergency fresh air system and extensive range of equipments i.e sirens, flashing lights, radios and panic alarm system for alerting the official authorities in case of emergencies.

The vehicle has been fitted with a set of Michelin PAX run-flat tires which can move out of danger zones upto a distance of 30km even when defective.

The Guard S-Class is powered by a biturbo V12 engine with an output of 612hp, 830 Nm of torque from 2000rpm, the top speed is electronically limited to 190km/h for weight reasons and the displacement is 5980 cc. Additionally, the engine features an all-aluminium crankcase, one-piece chain drive, forged crankshaft made of high-quality tempered steel, forged pistons and multi-spark ignition system with 12 double ignition coils.

The new S 680 Guard 4Matic is available in four and five seater versions and the standard start price is €457,100 including tax.